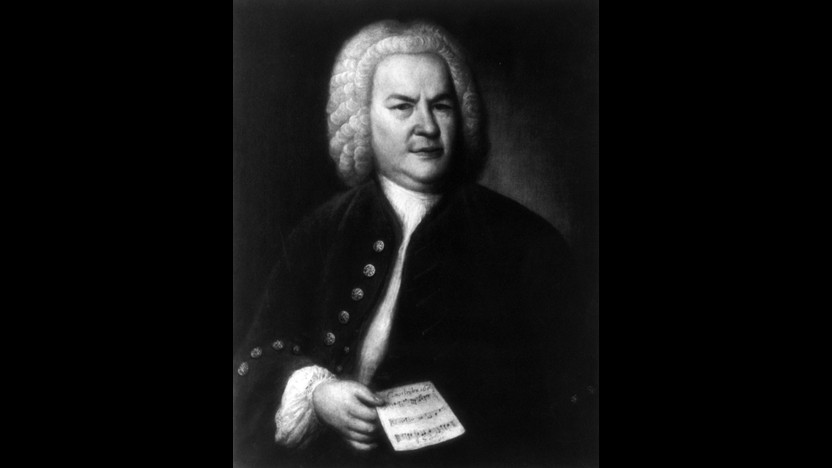 In 1719, the German composer Johann Sebastian Bach traveled to Berlin to purchase a new harpsichord for his employer. Regarded today as one of the most significant composers and musicians of his era, Bach was then working as the director of music for the court of Leopold, the Prince of Anhalt-Cöthen. Prince Leopold was an ardent supporter of Bach’s music, and Bach wrote many of his most famous instrumental works during his tenure in Cöthen, including the orchestral suites, cello suites, violin sonatas and partitas, and the Brandenburg Concertos. When he visited Berlin in 1719, Bach met and performed for Christian Ludwig, the Margrave of Brandenburg-Schwedt. The Margrave was quite impressed and asked Bach to send him a book of his music. Two years later, Bach presented the Margrave with six pieces that would become known as the Brandenburg Concertos.

Brandenburg Concerto No. 1 is the only one of the six concertos written in four movements, several of which come from Bach’s earlier secular cantata Was mir behagt, ist nur die muntre Jagd, BWV 208. The piece is scored for two horns, three oboes, bassoon, violino piccolo, strings, and basso continuo (a bass line played by a combination of bowed bass instruments and/or lute, theorbo, and harpsichord). It is particularly interesting that Bach chose to write for two solo horns in this piece, since the horn was not at all a standard solo instrument at the time. The violino piccolo is also not a common instrument in this context, although the part is written in such a way that it can be played on a standard violin.

The piece opens with an exuberant movement in the standard ritornello form. Ritornello, which means “return,” refers to the opening section of music that is played by the full ensemble. This music is then repeated throughout the movement in alternation between contrasting sections that feature the soloists. From the onset of the movement, the horn parts evoke the hunting calls the instrument was associated with at the time. Each solo section features a different combination of the solo wind instruments and strings. This movement is followed by an Adagio that is full of exquisite ornamentation and pathos. The first oboe and violino piccolo engage in an ongoing dialogue throughout the movement, first individually stating a melody and then coming together in counterpoint that is marked by poignant dissonances.

Cheerful, uplifting horn calls permeate the ritornello of the third movement. The violino piccolo has a much more prominent role in the solo sections of this movement, and there is an intricate interplay between that part and the winds in each of the solo sections. After a movement of sprightly perpetual motion, the entire concerto concludes with a pair of lighter dances. A minuet, which is a courtly dance in triple meter, alternates with a Polonaise, a stately processional dance with Polish origins.

In the first half of the eighteenth century, the concerto was one of the most popular musical genres in Western Europe. Two primary types of concertos dominated the repertoire: the concerto grosso popularized by Arcangelo Corelli and the solo concerto made famous by Antonio Vivaldi. In a concerto grosso, a small group of solo instruments (the concertino) is accompanied by a larger group (the ripieno). The solo concerto was typically a more virtuosic showpiece for a single instrumentalist accompanied by a larger ensemble. German composer Johann Sebastian Bach’s Brandenburg Concertos combine the concept of a small group of soloists from the concerto grosso with the virtuosity of the solo concerto. Each piece is scored for a unique combination of solo and accompanying instruments, and often, players have the dual function of being both a soloist and an accompanist within the same piece.

Brandenburg Concerto No. 4 is scored similarly to a concerto grosso, with a concertino of violin and two recorders, which is accompanied by a ripieno of strings and basso continuo (a bass line played by a combination of bowed bass instruments and/or lute, theorbo, and harpsichord). The solo violin part, in particular, is extraordinarily virtuosic, especially in several of the solo passages in the first and third movements. The stately first movement brings to mind courtly dance rhythms and style, especially in the ritornello sections. Ritornello, which means “return,” refers to the opening music in a movement that is played by the full ensemble and repeated in alternation with various solo passages throughout the movement.

While the solo violin dominates the outer movements, it plays a more subservient role in the slower second movement. The two recorders have delicate solos full of dissonance and characteristic ornamentation, alongside which the solo violin provides a pseudo bass-line function. The third movement begins with a fugue, a feat of the composer’s contrapuntal ingenuity. Meaning “flight,” a fugue is a compositional process in which one voice states a melodic subject that is then “chased” around the rest of the ensemble in each voice. This particular movement blends fugue with ritornello form, creating a movement that is both intellectually and technically demanding.

Orchestral pieces featuring the low strings are rare, and a Baroque-era concerto that entirely omits the violin section is even more unusual. It seems fitting, then, that the final piece in the collection of concertos that Johann Sebastian Bach sent to the Margrave of Brandenburg-Schwedt in 1721 would defy instrumentation expectations even more than the previous five concertos had. Brandenburg Concerto No. 6 is uniquely scored for two violas da braccio (violas held on the shoulder), two violas da gamba (fretted, six-stringed, bowed instruments held between the legs), solo cello, and basso continuo (a bass line played by a combination of bowed bass instruments and/or lute, theorbo, and harpsichord). Bach’s choice of instruments in this concerto highlights the changes that were taking place in the early eighteenth century regarding preferences for certain string instruments over others. At the time, the newer violin family, to which the cello and violas da braccio belonged, was coming to the forefront and replacing the older viol family, which included the violas da gamba.

It is likely that Bach also included violas da gamba in this piece because Prince Leopold, Bach’s employer at the Court of Anhalt-Cöthen, was himself a skilled player. Some have speculated that the Prince played one of the viola da gamba parts for the first performance of the piece. This exciting concerto opens with a movement that features a robust canon between the two violas da braccio. Canon, which means “rule,” is a strict imitation between two or more voices that play the same melody, but do not start at the same time. It is similar to a round, such as “Row, Row, Row Your Boat.” The relentless underlying pulse created by the lower instruments in this movement adds to the intensity of the complex counterpoint that is taking place between the two violas da braccio.

Like in the other Brandenburg Concertos, Bach reduces the number of forces used in the second movement. In this case, the two violas da braccio, solo cello, and basso continuo have an intimate conversation featuring a lyrical melody that is treated in fugue-like imitation. One viola begins with the fugue’s subject accompanied by the bass line, and the subject is then picked up by the other viola and “chased” between the parts throughout the rest of the movement. Unlike many other concerto movements of the time, this particular movement begins and ends in completely different tonal centers.

The final movement of this concerto is a bright, spirited and gigue-like. It is in ritornello form, meaning that the opening music returns throughout the movement in alternation with varied solo passages. This movement is especially charming and somewhat easier to comprehend on a first hearing than some of the more dense, complex movements that conclude the other Brandenburg Concertos.

Continuing our annual holiday tradition, the SPCO presents Bach’s most cherished set of orchestral works, the Brandenburg Concertos. These cornerstones of the Baroque literature have been praised by generations of music lovers for their profound inventiveness and dazzling instrumental virtuosity. Join us for these musician-led concerts that showcase the individual and collective talents of the SPCO musicians on core works of the chamber music repertoire.

These concerts are not part of our regular subscription series and are not eligible for voucher redemption, season ticket exchanges, or concert membership redemption and cannot be included as part of a Create-Your-Own Series.