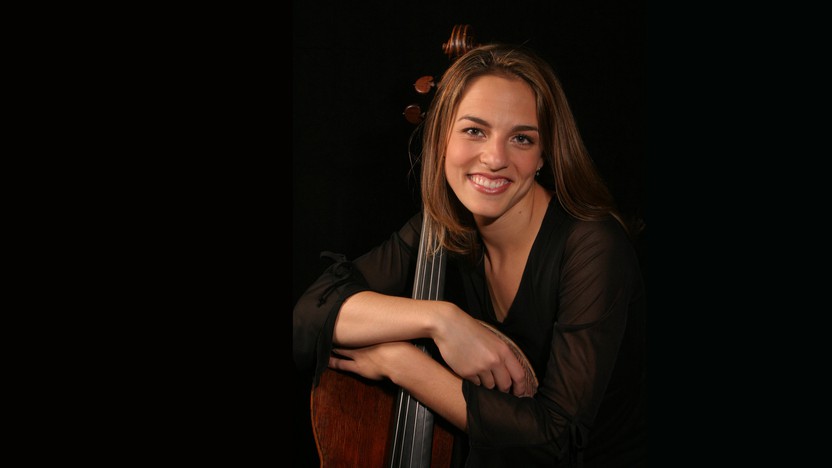 Beethoven arrived in Vienna in 1792 and made a splash as a keyboard virtuoso, but his reputation as a composer did not catch up until around 1800. One shrewd move he made that year was his dedication of the Septet (Opus 20) to the Empress Maria Theresa; she was impressed enough that she recommended him the next year for a high-profile ballet commission.

The ballet’s creator, Salvatore Viganò, was a famous dancer and choreographer visiting from Italy. As he wrote in the program book for the premiere at Vienna’s Burgtheater, he borrowed from the Greek myth of Prometheus, “a lofty soul who drove the people of his time from ignorance, refined them by means of science and the arts, and gave them manners, customs and morals.” According to his summary, “Two statues that have been brought to life are introduced in this ballet; and these, through the power of harmony, are made sensitive to all the passions of human life.”

While Beethoven was composing The Creatures of Prometheus, he was grappling with the terrible secret of his precipitous hearing loss. He finally unburdened himself to a friend that June, writing, “I must confess that I am living a miserable life. For almost two years I have ceased to attend any social functions, just because I find it impossible to say to people: I am deaf.” But Beethoven’s personal turmoil is nowhere evident in the graceful and refined music for The Creatures of Prometheus, starting with the overture’s arrival on a surprising, unstable chord—an effective trick recycled from his First Symphony composed a year earlier.

You Know Me From Here was commissioned by Carol Cole, for the Kronos Quartet, in honor of her husband Tim's 75th birthday. When she asked me to write this piece I immediately imagined a 20-minute musical journey homeward, a trek through chaos (I. Lift Your Fists) and loneliness (II. Everything That Rises Must Converge) to a place of security and companionship (III. You Know Me From Here). This is, at its core, music about loss, but in the most positive sense; it speaks of the loss of our old selves, the jumps into the unknown, the leaps of faith we all must make and the beautiful moments when we find solace in a person, in an idea or in music itself. The music shifts constantly from earthy, gritty gestures to soaring, leaping melodies that rarely land where we expect.

Guardian of the Horizon is a metaphor for the Sphinx, which is associated with strength, wisdom and resilience. It seemed to me like the most logical choice, albeit the most challenging, but as I was about to embark on the composition of this piece, tragedy struck me in a way which turned this into one—if not the most—personal piece I have written to date. My father, Javier, a staunch supporter of my music since my early childhood, and the most loving and generous man one could ask for a father, passed away on December 4, 2016. In light of this enormous loss, the figure of the Sphinx gained an even greater significance. I began to think of Greek Mythology and Oedipus (hence the title of the first movement) but then I started to think of it the way ancient Egyptians did, as a manifestation of Hathor, Goddess of birth and death, or as “Horus in the Horizon”, guarding the rising and setting sun, and finally, as holding the keys to the gates of wisdom. In my work, the Sphinx guards the passage to the afterlife, but the aspiring soul must first answer a Riddle, and only then can it be allowed into Crossing the Threshold. As I got to work, it felt more and more like I was writing a companion piece for my father’s transcendental journey, a journey that we will all have to undertake someday.

As its subtitle suggests, this piece pays homage to a type of baroque musical composition called the concerto grosso, and what could be more appropriate to honor this form than an ensemble of strings: the family of instruments which reached perfection during baroque times, well in advance of all the others (woodwinds, brass, percussion, etc.). The violin and cello are treated as equals, at times joining forces in order to become a super instrument, and at others behaving like rivals in a competition of dexterity and endurance. The string ensemble does not limit itself to the role of accompanist; it is an active participant, constantly interacting and challenging the soloists, while soaring to ever greater heights.

This piece is a labor of love. Few things in life have the power to touch us so deeply, the loss of a parent being one of them. But this piece is also meant to celebrate life, the life and talent of young artists, regardless of race or color. We must remember that no matter how dark the times may seem, our path will always lead us Into the Effulgent Light.

Upon finishing the Seventh Symphony in the spring of 1812, Ludwig van Beethoven began immediately on his Eighth. He worked on it through a summer retreat in the spa town of Teplitz, where he wrote (but never sent) a heartbreaking love letter to his “Immortal Beloved,” who may have been Antonie Brentano, a married woman from Frankfurt. With the Napoleonic Wars disrupting concert life in Vienna, the Seventh Symphony did not reach the public until the end of 1813, and the Eighth was delayed until February of 1814, in a performance that Beethoven conducted, despite his near-total deafness.

The Eighth Symphony, in its length and instrumentation, is a throwback to Franz Joseph Haydn’s “London” Symphonies from the 1790s. Still, Beethoven’s efficiency should not be confused with complacency; this was a period in which the central thrust of his music was the distillation of each gesture down to its essence, whether it was the imposing “fate” motive of the Fifth Symphony or the jolly intervals and fragments that underpin the Eighth.

The opening passage of the Eighth Symphony is a study in balance: downward motion answered by upward; loud followed by soft. Having offered a full glimpse of the primary theme, Beethoven immediately deconstructs it into its essential, leaping gesture. The leaps segue into the secondary theme (in the “wrong” key, incidentally), and this motive gets hung up too and starts leaping again. Eventually the whole orchestra piles on with jumps up and down in octaves, a gesture that carries forward into the development section.

The second movement, marked Allegretto scherzando, is as close as this symphony gets to a slow movement. Here the object of obsession is a brisk, three-note pattern: short-short-long, usually cast as a leap up and a step down into a target note. The strings juggle this motive like a hot potato under the watchful eyes of clucking woodwinds. Three notes at times reduce down to two, and finally it ends with a shudder on a single pitch.

Having dispensed with the joking in the second movement, the third movement takes the form of a graceful minuet, rather than a more rambunctious scherzo. The warm, slurred string lines offset the dryness of the preceding music, and the contrasting trio section evokes a pastoral air with horn calls and clarinet counter-lines.

The finale flies by at a whirlwind Allegro vivace tempo, which Beethoven specified as 84 measures per minute. (When the violins enter with tremolo figures, each note lasts not quite six-hundredths of a second!) Besides the obvious excitement of such fast music, it invites the ear to draw out larger patterns from within motion that is too quick to process on a note-by-note basis, forming another strategy to crystallize the essence of musical material.

Works by Beethoven frame this program that features Missy Mazzoli’s quartet, You Know Me From Here, in a new arrangement for full strings by Artistic Partner Pekka Kuusisto and the SPCO. Mazzoli described the work as a “musical journey homeward, a trek through chaos and loneliness to a place of security and companionship.” The program also includes Guardian of the Horizon by Peruvian-born, Finnish-trained, American-based composer Jimmy López, a concerto grosso written in loving memory of his father.

Please note: Pekka Kuusisto will lead these performances as director and conductor, but will not play violin due to an arm injury. Violinist Alexi Kenney will replace Kuusisto as soloist on Guardian of the Horizon.