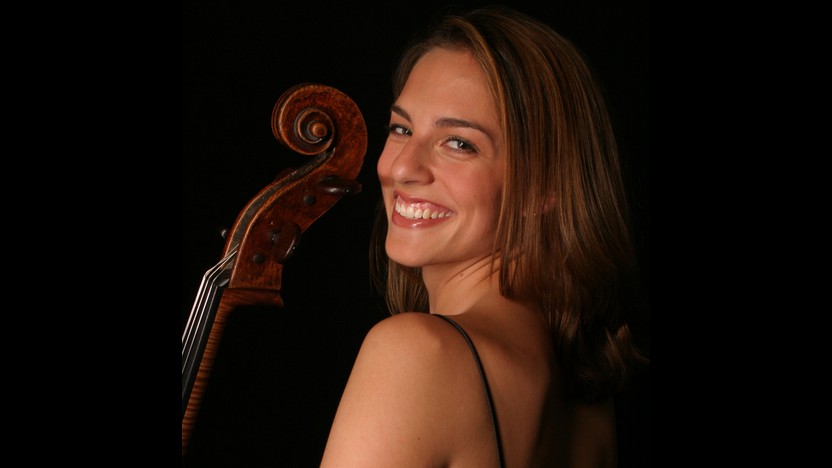 Robert Schumann moved to Düsseldorf in 1850 to begin his new post as Municipal Music Director. Despite the added strain of conducting and managing an orchestra, he entered one of his most productive periods of composition, completing fifty works over the next four years. Sadly, this phase also marked the final collapse of Schumann’s mental health. Not long after the move, Clara Schumann noted her husband’s “highly nervous, irritable, excited mood.” The orchestra forced Robert to resign his conducting post in 1853, and the next year he threw himself into the Rhine River in a suicide attempt. He lived out his remaining years in an insane asylum.

One of the first pieces Schumann completed in Düsseldorf was originally labeled a Konzertstück for cello and orchestra and later published as a Cello Concerto. The composition does contain the three typical movements of a concerto, but the heading of Konzertstück (“Concert Piece”) captures Schumann’s desire to create a more integrated and continuous form, rather than a showy concerto full of virtuosity for its own sake. To that end, he dispensed with a hefty orchestral introduction, connected the three movements with linking material, and included orchestral accompaniment during a solo cadenza, among other departures from traditional concerto form. Schumann had played the cello as a boy, and again briefly after a hand injury curtailed his piano playing, and he put his intimate understanding of the instrument to use in the concerto. The solo part exploits the full sonic range of the instrument, from the growling bass of the open C-string to the steely soprano territory beyond the treble staff, while the deft orchestration ensures that the soloist is never obscured.

Schumann penned the Cello Concerto in just two weeks, completing it on the day he conducted his first concert in Düsseldorf. He must have held some misgivings about the work, since he canceled a scheduled premiere in 1852 and delayed its publication until 1854. The first performance did not occur until 1860, four years after Schumann died.

The interconnected movements feature thematic cross-references throughout. The opening gesture of three successive chords, for example, takes on new forms in the second and third movements; likewise, the interval of a descending fifth that pervades the slow movement reappears in the accompaniment to the finale’s cadenza. Still, for all its formal novelty, it is the heartbreaking lyricism that distinguishes this concerto. Clara Schumann was among the first to appreciate the strengths of the work when, in 1851, she wrote, “The romantic quality, the vivacity, the freshness and humor, also the highly interesting interweaving of violoncello and orchestra are indeed wholly ravishing, and what euphony and deep feeling one finds in all the melodic passages!”

Capping a decade of symphonic expansions and innovations, Beethoven returned in his Eighth Symphony to the shortest, smallest form since his First, a work patterned after Haydn’s influential “London” Symphonies from the 1790s. Still, Beethoven’s efficiency should not be confused with complacency; the central thrust of his music in this period was to distill each gesture down to its essence, whether it was the imposing “fate” motive of the Fifth Symphony or the jolly intervals and fragments that underpin the Eighth.

The Eighth Symphony begins with a thematic statement as clear and balanced as any by Mozart or Haydn, with orderly alternations of downward- and upward-moving phrases. But then, within seconds, the theme compresses into a leaping gesture that guides the way to the second theme and beyond. By the end of the exposition, the whole orchestra is leaping up and down in octaves, a gesture that carries forward into the development section. The “real” theme is buried in the basses and bassoons at the climactic moment of return, but it gets the last word at the end of a whimsical coda.

Continuing the departure of the Seventh Symphony, which replaced the typical slow movement with a faster Allegretto, the Eighth Symphony goes even further by assigning the second movement a joking quality reflected in its Allegretto scherzando tempo marking. The humor centers on a three-note motive that eventually shrinks to two notes and then just a single shudder. Having dispensed with the playfulness in the second movement, the third movement takes the form of a graceful minuet, rather than a more rambunctious scherzo.

The finale flies by at a whirlwind Allegro vivace tempo, which Beethoven specified as 84 measures per minute. In the many pulsating passages of tremolo, each note lasts not quite six-hundredths of a second!

Principal Cello Julie Albers lends her nuanced tone as soloist on Schumann’s only Cello Concerto. Beethoven completed both Symphonies Nos. 7 and 8 in 1812, and they represent the duality in Beethoven’s writing. The Seventh Symphony was larger than life, and the Eighth serves as its complement—tidy and compact, written for a smaller orchestra with shorter movements than any of his other symphonies. It is filled with charming melodies, expert orchestration, and the dramatic shifts in mood for which Beethoven is known.