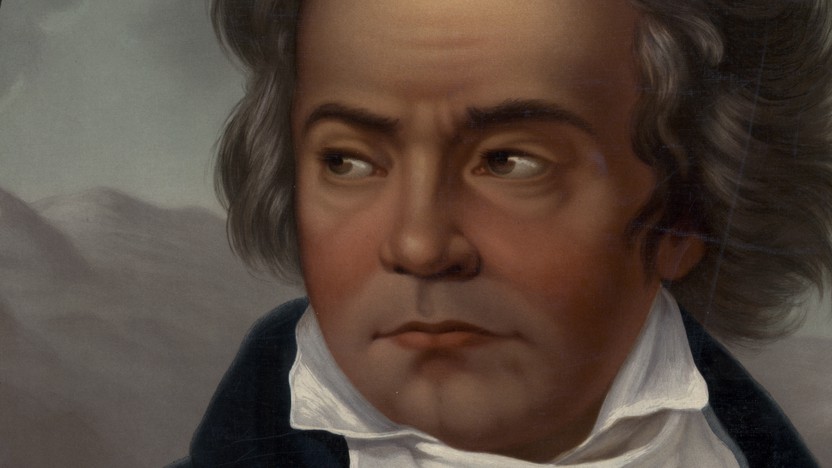 Stravinsky suffered what he called “the most tragic year of my life” in 1939. His daughter, wife, and mother all died within months of each other, and the outbreak of World War II sent him into exile for the second time, from his adopted home in Paris to the United States. He married his longtime mistress, Vera, in 1940, and together they settled in West Hollywood in 1941. Stravinsky soon accepted a commission from a local conductor, Werner Janssen, and began what would be his first major work composed entirely in the United States, Danses concertantes.

The musical language of Danses concertantes is typical of Stravinsky’s neoclassical style, full of quick character changes, crisp rhythms, bone-dry textures, and tight harmonies. With its small orchestra and ample instrumental solos, Danses concertantes exhibits a kinship to the “Dumbarton Oaks” Concerto from 1938; the two works have been called Stravinsky’s "Brandenburgs," after Bach’s famous set of mixed-ensemble concertos. Even though Stravinsky designed Danses concertantes for the concert stage, it did not take long for its inherent dance sensibility to be recognized. Stravinsky’s friend and longtime collaborator George Balanchine was the first to choreograph the work when he created a version in 1944 for the Ballet Russe de Monte Carlo, a successor to Diaghilev’s Ballets Russes.

Danses concertantes begins with an introductory March, its steady meter obscured by shifting layers and displaced accents. The only extended solo in this preparatory movement is for the leader of the six-member violin section. The second movement is a Pas d’action, borrowing a term from ballet for an ensemble dance. The third movement, taking the form of a theme and variations, is the longest and most abstracted of the work. The thematic section is tender and diffuse, and the playful variations and shuffling coda bear little surface resemblance to the theme. The Pas de deux borrows another dance convention: a dance for two, often for the romantic leads. Here, the oboe and clarinet take the spotlight, their duet surrounded by other reveries. The concluding March revisits the opening music.

Shaker Loops, born out of the large-scale Minimalism developed by Steve Reich and Philip Glass in the 1970s, was a breakthrough work for the young John Adams. In its initial form, it was a string quartet titled Wavemaker; as Adams explained in a program note, “I gradually developed a scheme for composing that was partly indebted to the repetitive procedures of Minimalism and partly an outgrowth of my interest in waveforms.” Unsatisfied with his first attempt, expanded the score into a string septet (and ultimately string orchestra) and changed the title to Shaker Loops.

“The ‘loops’ idea”, he wrote, “was a technique from the era of tape music where small lengths of prerecorded tape attached end to end could repeat melodic or rhythmic figures ad infinitum. (Steve Reich’s It’s Gonna Rain is the paradigm of this technique.) The Shakers got into the act partly as a pun on the musical term ‘to shake,’ meaning either to make a tremolo with the bow across the string or else to trill rapidly from one note to another.

“The flip side of the pun was suggested by my own childhood memories of growing up not far from a defunct Shaker colony near Canterbury, New Hampshire. Although, as has since been pointed out to me, the term ‘Shaker’ itself is derogatory, it nevertheless summons up the vision of these otherwise pious and industrious souls caught up in the ecstatic frenzy of a dance that culminated in an epiphany of physical and spiritual transcendence. This dynamic, almost electrically charged element, so out of place in the orderly mechanistic universe of Minimalism, gave the music its raison d’être and ultimately led to the full realization of the piece.”

SPCO musicians lead this program, which opens crisply with Danses concertantes, Stravinsky’s first large-scale work to be written entirely in America. John Adams’ breakthrough composition, Shaker Loops for string orchestra, creates waves of sound and energy with looping patterns, clearly inspired by the minimalist movement, but with much quicker shifts in harmonies and moods. The program concludes with Beethoven’s brilliant and effervescent Fourth Symphony.