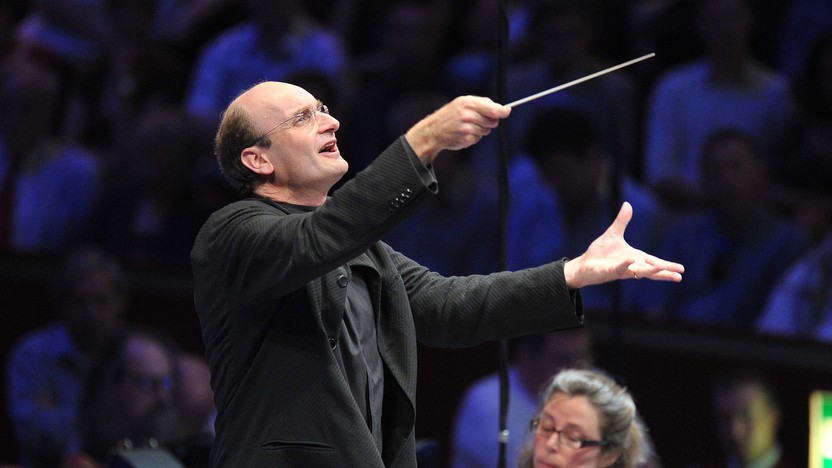 Peter and Lorraine Hunt Lieberson may be fairly regarded as the Robert and Clara Schumann of our time: the master composer and his beloved muse of equal genius. Mezzo-soprano Lorraine Hunt Lieberson—hailed by Alex Ross as “the most remarkable singer I ever heard”—died at 52 of complications from breast cancer in 2006; her husband was diagnosed with lymphoma soon afterward, and died in 2011.

Neruda Songs received the prestigious 2008 Grawemeyer Award for Music Composition. The work promises to stand as a powerful twofold musical artifact of the early twenty-first century: first, for the sheer strength of its incandescent lyricism; and further, as a poignant document of the lives of two of our era’s unforgettable artists.

I discovered the love poems of Pablo Neruda by chance in the Albuquerque airport. The book had a pink cover and drew me in. As I glanced through the poems I immediately thought that I must set some of these for Lorraine. Years later the opportunity came when the Los Angeles Philharmonic and the Boston Symphony Orchestra co-commissioned this piece from me, to be written specifically for Lorraine.

Each of the five poems that I set to music seemed to me to reflect a different face in love’s mirror. The first poem, “If your eyes were not the color of the moon,” is pure appreciation of the beloved. The second, “Love, love, the clouds went up the tower of the sky like triumphant washerwomen,” is joyful and also mysterious in its evocation of nature’s elements: fire, water, wind, and luminous space. The third poem, “Don’t go far off, not even for a day,” reflects the anguish of love, the fear and pain of separation. The fourth poem, “And now you’re mine. Rest with your dream in my dream,” is complex in its emotional tone. First there is the exultance of passion. Then, gentle, soothing words lead the beloved into the world of rest, sleep and dream. Finally, the fifth poem, “My love, if I die and you don’t,” is very sad and peaceful at the same time. There is the recognition that no matter how blessed one is with love, there will be a time when we must part from those whom we cherish so much. Still, Neruda reminds one that love has not ended. In truth there is no real death to love nor even a birth: “It is like a long river, only changing lands, and changing lips.”

I am so grateful for Neruda’s beautiful poetry, for although these poems were written to another, when I set them I was speaking directly to my own beloved, Lorraine.

Anecdotes, trivia, and cultural references abound attesting to the mythic status of Beethoven’s Ninth Symphony, arguably the greatest accomplishment of history’s most enduringly beloved composer. We have the image of Beethoven onstage at the work’s premiere, stone deaf, gaze heavenward, conducting the orchestra of his imagination (the corporeal orchestra had been instructed to follow the concertmaster); unable to hear the audience’s rapturous applause, he had to be prodded by one of the musicians to turn for his bow. Over a century and a half later, Leonard Bernstein would conduct the Ninth to mark the fall of the Berlin Wall. The work became the origin of a macabre superstition, akin to thespians’ fear of Macbeth, that a ninth symphony was fated to be a composer’s last. (Mahler attempted to cheat death by naming what was essentially his ninth symphony “Das Lied von der Erde,” as he worked simultaneously on his proper Symphony No. 9; his Tenth was left unfinished.)

Of course, it is the sheer strength of Beethoven’s artistic statement that has catapulted the Ninth to such iconic status. Its most famous bit—the Ode to Joy, that ubiquitous melody that has been appropriated countless times in countless contexts—is so much more than a catchy tune; it is the denouement of a profoundly conceived and ingeniously wrought assertion of humanity and transcendence, by an aging composer notoriously plagued by worldly ills, and consciously writing for listeners of future generations.

The symphony’s barely audible opening measures conjure the dawn of the cosmos: horns and strings whisper an open fifth—no major (“happy”) or minor (“sad”) third, no implication yet of human subjectivity. We hear civilization (and, perhaps, its discontents) emerge with the thunderous arrival of D minor, voiced tutti, fortissimo; primordial tranquility yields to the will of man. Analysis reveals, post facto, the initial open fifth, on A, to have been the dominant to the home key of D minor: the dawn of creation pointed inevitably to the rise of humanity.

In characteristically Beethovenian fashion (cf. the Fifth Symphony), the emergence of a rich, complicated universe is made meticulously audible, one brick laid at a time. In each measure, Adam names another wonder of creation. By the end of the first movement’s development section, we are caught helplessly in the bustling swirl of modernity. And then: the mighty arrival at the recapitulation, the open fifth revisited, transfigured into resplendent D major, and in a blinding fortissimo—but the bass foundation of this chord is not the root tone of D, but the implicative third (F-sharp). To herald the recapitulation with such harmonic instability (in first inversion, for the music majors) flew in the face of good Classical manners á la Haydn and Mozart. Having so expertly constructed such a magnificent edifice, Beethoven, without warning, makes the ground to shift beneath our feet. Perhaps man’s seeming triumph is in fact man’s folly.

The second movement presents a wholly distinct worldview from the first—Tovey writes, “After tragedy comes the satiric drama.”—and here Beethoven further defies what the listener thinks she knows. Contemporary audiences would have expected the slow movement to follow; in what must have been a jarring psychological ploy, Beethoven instead proceeds to the scherzo. He moreover assigns the timpani greater authority in this movement than it likely had enjoyed in any prior music: its one-measure solo at the outset foreshadows a striking passage later in the movement, when it will single-handedly steer the entire orchestra, which has strayed to the remote key of E minor, back to D minor. (Nor is this the last time in this symphony that Beethoven will arm an instrument with human will.)

The deeply felt Adagio molto e cantabile offers another perspective still. The music critic Sir Donald FrancisTovey: “The first movement gives us the tragedy of life. The second movement gives us the reaction from tragedy to humor. … [T]he slow movement is beauty of an order too sublime for a world of action.”

The violent outburst that begins the finale stops short as abruptly as it began. The symphonic medium suddenly turns operatic, as the cellos and basses sing a brief but piercingly expressive recitative. Never before had instrumental forces been made so overtly human, been given such capacity to say something. What follows represents one of the most audacious and remarkable coups ever achieved in music, and which can be credited with revolutionizing the symphonic form as much as, if not more so than, the Eroica and Fifth symphonies. Beethoven recalls the first movement and its particular (democratic? totalitarian?) worldview; cellos and basses interject. Beethoven recalls the (playful? cynical?) Scherzo—again, interrupted by the recitative. A brief, wistful glance back to the idyllic Adagio is likewise dismissed.

What he has laboriously crafted over some forty minutes of music (already longer than any complete symphony of Haydn or Mozart), offering three prisms through which to codify the world around us, Beethoven summarily rejects in the space of about two minutes. For as the tenor soloist sings (on text written by the composer) when the recitative finally, and literally, finds its voice: “O friends, not these strains! Let us sing still more beautifully, still more joyfully!”

Not these strains, the Ninth urges us, but instead, the vision of Friedrich Schiller’s Ode an die Freude, in which “all men become brothers … All beings drink joy at the breasts of nature … Be embraced, O millions! This kiss for the whole world!” Beethoven offers us, as a musical analogue to Schiller’s ideal, his famous “Ode to Joy”—a melody as simple and singable as a children’s tune, yet so pregnant with possibility. Arguing for its utopian vision of universal brotherhood, the sprawling finale (heard by Charles Rosen as a symphony within a symphony) presents a series of variations on this theme, encompassing a broad range of styles (including the era’s emblem of foreignness, music in the “Turkish style”), and culminating in an ecstatic choral fugue.

The introduction of the human voice as the apotheosis of such an ambitious creation added a hugely consequential layer to the symphonic form, transforming the repertoire tradition of Haydn and Mozart into a vehicle for epic expression. It is Beethoven’s Ninth that would empower Mahler’s claim a century later that “A symphony must be like the world. It must embrace everything.” The Ninth aspires to nothing less.

We concluded 30 years in the Ordway Music Theater with a program of works for orchestra and voice, conducted by Andrew Manze. Acclaimed mezzo-soprano Kelley O’Connor opened the program with Peter Lieberson’s Neruda Songs, a tender and intimate work that Lieberson originally wrote for his wife. After intermission, talented soloists and the SPCO Chorale joined us for Beethoven's monumental Ninth Symphony.