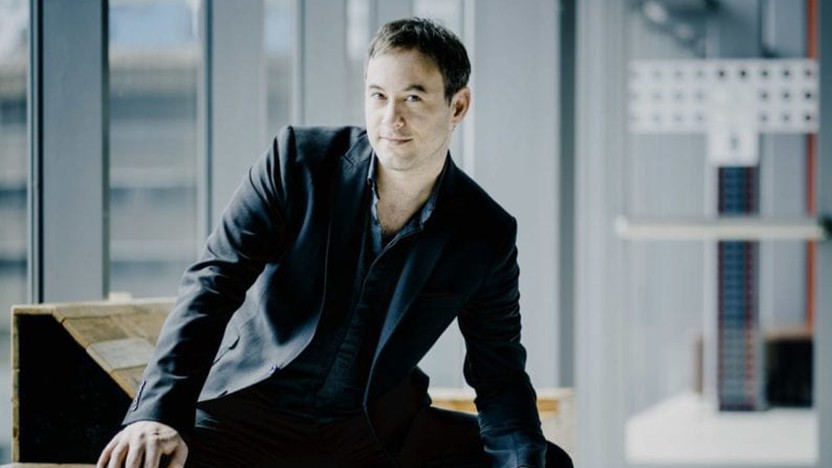 Desperate for a job away from his hometown of Salzburg, Wolfgang Amadeus Mozart (1756–1791) spent part of 1778 in Paris, a city that had adored him as a child prodigy. The best lead he generated was an offer to become an organist at Versailles, which he declined. On top of the professional disappointment, his mother fell ill and died in Paris, casting a pall over the entire trip. One of the few bright spots was the commission that Mozart secured to compose a symphony for the Concert Spirituel, a Paris fixture since 1725. The resulting work, the Symphony No. 31 in D (K. 297), employed an unusually large orchestra, including clarinets for the first time in Mozart’s symphonic output. The director of the concert series was for the most part pleased with the symphony, but he quibbled that the slow movement was too long, and so Mozart obliged with a shorter replacement. (Most performances today trust Mozart’s initial instincts and use the first version, including this performance by the SPCO.) Ultimately Mozart landed in Vienna, a genteel place that didn’t always know what to make of this unbounded composer. It makes for a wild thought experiment to imagine the larger-than-life operas and symphonies he might have conjured had he settled in Paris.

Haydn composed his Symphonies Nos. 82–87 between 1785 and 1786 on a commission for the Concert de la Loge Olympique, a Parisian musical society; the commission was funded by Claude-François-Marie Rigoley, Comte d’Ogny, a twenty-something aristocrat who also played cello in the Olympique orchestra. Haydn was by this time Western music’s most celebrated composer, and despite his working in relative seclusion at the Esterházy court, his symphonies had enjoyed tremendous popularity among Parisian audiences since the 1770s.

The six “Paris” Symphonies were no exception. They were premiered in the 1786 concert season to great success, and subsequent editions were quickly published in London and Vienna. Jean-Jerome Imbault, the symphonies’ Parisian publisher, captured the works’ favorable reception in his sales advertisement: “These symphonies… cannot fail to be eagerly sought by those who have the good fortune to hear them, and also for those who do not know them. The name of Haydn answers for their extraordinary merit.”

The particular merit of the Symphony No. 85 in B-flat Major, the fourth of the “Paris” set, won the admiration of Marie Antoinette, thereby giving it the nickname La Reine (“The Queen”).

The first movement’s slow introduction—a convention among Haydn’s symphonies by this time—begins La Reine in fittingly regal fashion. As the music enters the main Vivace section, long sustained notes in the violins above a martial descending line in the lower strings preserves the music’s stately manner. Even at its most exuberant, this opening movement retains a dignified air.

The second movement Romance is a set of variations on the French folk tune “La gentile et jeune Lisette.” Haydn, ever inventive, uses this simple tune to explore a wide palette of textures and broad expressive range. Moments of Sturm und Drang pass through these variations, but the prevailing sentiment (aided in large part by the featherweight flute solo in the penultimate variation) is one of carefree delight.

The innocuous Menuetto features a sly turn at the end of its central trio section, as the wind instruments take short solos in succession above a pedal in the horns and pizzicati in the strings—arriving at a piquant texture to close the section. The symphony ends with an arresting Presto finale.

Artistic Partner Jonathan Cohen leads the SPCO with a program of works from or inspired by Paris. Symphonies by Wolfgang Amadeus Mozart and Franz Joseph Haydn written for the famous Concert Spirituel series in Paris were all the rage in the 1780s and received many repeat performances by the preeminent Parisian orchestra, Le Concert de la loge Olympique. The Haydn symphony on this program received its nickname, “The Queen,” because it was the personal favorite of Marie Antoinette.