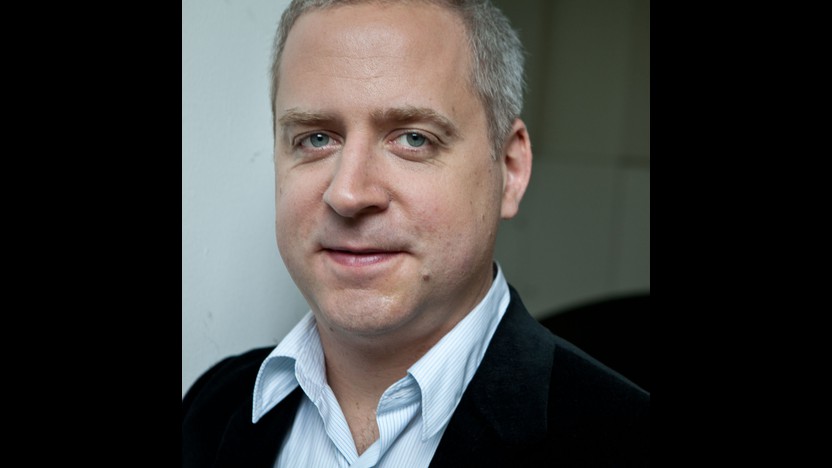 In 1938, the American diplomat Robert Woods Bliss marked his thirtieth wedding anniversary by commissioning a new work from Igor Stravinsky. Bliss and his wife, Mildred, hosted the premiere in the lavish music room of their house in Georgetown, an upscale neighborhood in Washington, D.C. The property, dubbed Dumbarton Oaks, provided the lasting nickname for Stravinsky’s Concerto in E-flat for Chamber Orchestra. The composer was ill and unable to attend the May 8 premier performance, but he arranged for Nadia Boulanger (the legendary teacher of composers ranging from Aaron Copland to Philip Glass) to conduct in his place.

The “Dumbarton Oaks” Concerto is a quintessential product of Stravinsky’s thirty-year fascination with “neoclassical” style—although, in purely musical terms, it would be more apt to label the score “neo-Baroque.” The orchestration, which calls out soloists from among the small ensemble, reflects the Baroque concerto grosso tradition, especially the diverse solo groups found in Bach’s “Brandenburg” Concertos; further proof of the Baroque inspiration comes in the first movement, when the violas launch into a formal fugato section. Having the violins and violas divided into three parts each (and omitting second violins) draws a clear parallel with Bach’s “Brandenburg” Concerto No. 3, although the application here is quite different; Bach’s divisi often thickens and enunciates a line, whereas Stravinsky’s separation of voices promotes diffuse, airy textures, such as the churning accompaniment under a bird-like flute solo in the second movement. The energetic finale concludes this modern “Brandenburg” with pulsing beats and shifting accents, an unmistakable Stravinsky sound in any phase of his career.

Stravinsky’s gift for appropriation was not confined to music of the past, as he demonstrated in a series of pieces inspired by American ragtime, the syncopated dance style best known through Scott Joplin’s piano renditions. Stravinsky first touched on ragtime in The Soldier’s Tale from 1918, and he went on to expand that music into a standalone work for an 11-piece chamber ensemble. He revisited the same music in 1919 to create the swinging, jagged version of Ragtime for solo piano. By putting his own stamp on a popular dance style, Stravinsky was repeating a process mastered by Bach, who composed so many minuets, gigues (jigs) and other forms rooted in everyday dancing.

One of the many composers who followed Stravinsky into neoclassical territory was Paul Hindemith (1895-1963). He also went through his own ragtime phase, starting with an orchestral mashup of ragtime and a Bach fugue from 1921, and then again in the Ragtime finale from his Suite “1922” for solo piano, a tongue-in-cheek take on Bach’s dance suites for keyboard. It is fascinating to see what each composer took away from ragtime: for Hindemith, the key trait to exploit was the syncopated melodic pattern, whereas Stravinsky (ever the dance composer) seemed more drawn to the rhythmic rub between the underlying pulse and the superimposed layers above.

Johann Sebastian Bach (1685-1750) was responsible for preparing enormous quantities of church music in Leipzig, but he still made time for a side job as director of the Leipzig Collegium Musicum, an ensemble of professional and amateur musicians that performed weekly concerts, often in a coffee house. To keep up with the group’s demand for repertoire, Bach mined his catalog of old compositions, especially the instrumental music from his earlier time in Cöthen. At least six concertos were recast for harpsichord, presumably to capitalize on the wealth of keyboard talent (Bach and his sons) in the Collegium’s ranks. The original version of the Keyboard Concerto in A Major (BWV 1055) is lost, but musical clues indicate that the source was a concerto for oboe d’amore, the mezzo-soprano of the oboe family.

When Bach adapted the Allegro first movement, he filled the keyboard part with more than just the melodies from the original oboe line. The soloist never rests for even a beat, and its generous ornaments and filigree add exuberant shimmer to music that was plenty spirited to begin with. The Larghetto slow movement takes a different approach, clearing out extra sonic space by silencing the basso continuo during the initial solo passages, which would have allowed the delicate harpsichord to be heard more clearly. (Bach used that empty bass staff in the manuscript to write in some more florid variants for the soloist’s right hand.) The finale exercises a bit of restraint in its tempo marking of Allegro ma non tanto—which translates as “Fast, but not too much”—ensuring that the recurring motives of rapid 32nd-notes maintain their crisp, snappy articulation.

Stravinsky never lost his fascination for Bach, as demonstrated by his 1969 arrangements of Four Preludes and Fugues from The Well-Tempered Clavier—his very last musical project, completed in the hospital amid ongoing health struggles. The source was Bach’s groundbreaking collection of preludes and fugues in every major and minor key, with one set of 24 released in 1722, and another full set completed around 1740. These arrangements for woodwinds and strings went unpublished after Stravinsky’s death, and they only reached the public in 2005 when the conductor Christopher Hogwood prepared a performing edition. The Prelude and Fugue No. 10 in E Minor (BWV 855) comes from Bach’s first volume of The Well-Tempered Clavier.

Besides the Ragtime heard earlier, Stravinsky’s other foray into that American craze was the virtuosic Piano-Rag-Music, composed for Arthur Rubinstein in 1919. The unpredictable rhythms and rapid pivots manage to convey an improvisatory spirit, even though the music is fully notated.

Another popular style that Stravinsky first touched on in The Soldier’s Tale was tango, the seductive Argentinian dance. He wrote another Tango in 1940, shortly after he moved to the United States, at a time when he was cut off from his European royalties and needed fresh income. Alas, Stravinsky’s debonair score did not become the popular hit he hoped it would.

This program concludes with another example of music that Bach prepared for the Collegium Musicum, his own outlet for popular entertainment. The original source for the Keyboard Concerto in E Major (BWV 1053) has been lost, but we know that it must have existed before 1726, when Bach incorporated the same material into two church cantatas, both of which feature organ as the solo instrument. An even earlier concerto predated those cantata movements, possibly an oboe concerto from the Cöthen period, judging from the range of the solo part and other musical details that survived the transcription process.

It is no stretch to imagine a wind instrument delivering the lively melodies assigned to the keyboard’s right hand in the opening Allegro. Where the transformation gets especially fascinating is in the handling of the bass: whereas the 1726 cantata arrangement has the organist’s left hand and the bass instruments playing in lockstep throughout, here the keyboard soloist has an active left-hand part independent of the basso continuo line, making it a true forerunner of all piano concertos to come.

Bach’s score identifies the slow movement as a Siciliano, a style marked by its slow, triplet pulse and melancholy mood. When this same music appears in the related cantata, it supports a somber aria that culminates in the lines, “Die in me, / Arrogance, riches, greed, / You rejected urges of the flesh!”

The concerto returns to a cheerful note for its Allegro finale. The quick triplets that squeeze into an already active, three-beat pulse give this movement a special vigor.

In this fascinating program devised by SPCO Artistic Partner Jeremy Denk, two of J.S Bach’s piano concertos and Stravinsky’s Dumbarton Oaks form the frame for an engaging dialogue across the centuries between these two seminal composers. Written during a period of daily study of Bach’s Brandenburg Concertos, Dumbarton Oaks delivers the air of Baroque repertoire while maintaining a distinctly 20th century character. Interspersed within the program are short solo piano works by Stravinsky and Hindemith and a fascinating arrangement of Bach’s Prelude and Fugue No. 10 for strings and winds, done by Stravinsky at the very end of his life. Listeners will gain new insight into the musical language of Bach and Stravinsky through the unusual juxtaposition of these works and their connections, both direct and indirect, to popular dance music.