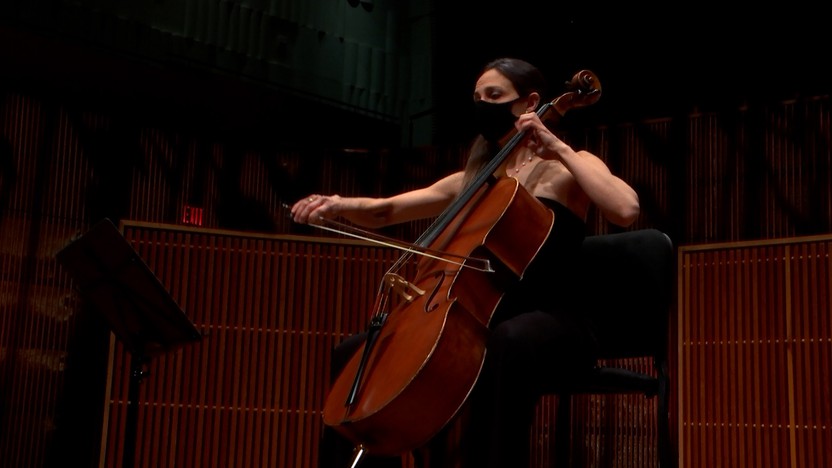 Born in Saint Petersburg in the twilight of the Russian Empire, Dmitri Shostakovich came of age during the early years of the Soviet Union. He entered the Petrograd Conservatory at the age of 13, excelled in his piano and composition studies (while also working on the side as a piano accompanist for silent films), and graduated from the renamed Leningrad Conservatory at 19. Performances of his First Symphony made him a star, and he was riding high as the top Soviet composer before his 30th birthday. Then everything changed when Joseph Stalin walked out of Shostakovich’s new opera in 1936, and an official party newspaper delivered a frightening critique warning that such “formalist” music amounted to “a game of clever ingenuity that may end very badly.”

Shostakovich rebounded from that sobering rebuke as well as a second crackdown in 1948, and he learned to bury any controversial tendencies in his music under a veneer of state-sanctioned approachability and realism. Still, even after the grip on Soviet artists loosened slightly following Stalin’s death in 1953, Shostakovich never fully shed the self-protective cloak that had become integral to his musical expression.

Shostakovich composed the First Cello Concerto in 1959 for the cellist Mstislav Rostropovich, sixteen years after they first met when the teenaged Rostropovich enrolled in Shostakovich’s composition class at the Moscow Conservatory. After debuting the concerto together in Leningrad, they traveled to London in 1960 for a momentous international premiere. (One stunned witness was the English composer Benjamin Britten, who struck up lasting friendships with both Russians). Shostakovich went on to write a second concerto for the cellist in 1966, and after Rostropovich’s exile from the Soviet Union in 1974, he remained a powerful advocate for Shostakovich in the West, both on the cello and from the conductor’s podium.

The first movement of the Cello Concerto No. 1 is a cheeky Allegretto built around a distinctive four-note motive. Those four notes also return at crucial points later in the work, which travels through a somber slow movement and an extended solo cadenza before reaching the thunderous finale.

Inspiration for a composition can come from many different sources. Variations on a Theme of Frank Bridge paints an intimate portrait of Britten’s mentor Frank Bridge — each variation highlighting an aspect of Bridge’s personality. Dmitri Shostakovich, on the other hand, was always quiet about what his music meant, likely a result of being censored and threatened by the Stalin regime for much of his career. His first cello concerto, nimbly performed by SPCO Principal Cello Julie Albers, is a timeless hallmark of cello repertoire.