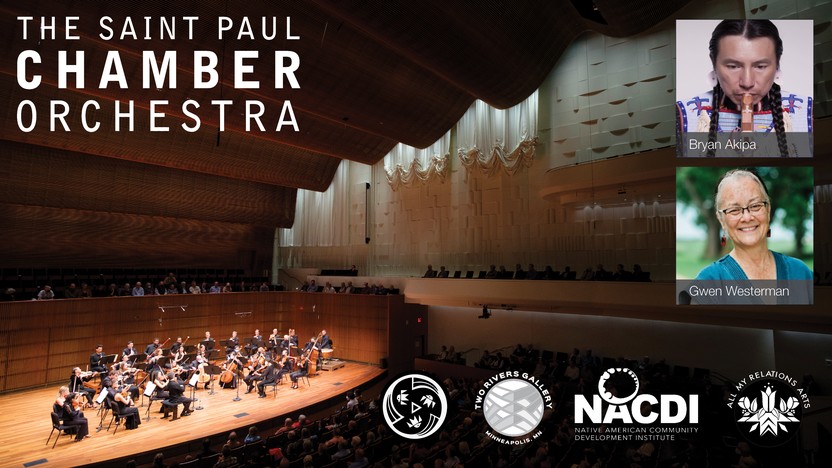 Czech composer Antonín Dvořák’s Serenade for Winds has remained popular since its 1878 premiere, which was conducted by the composer himself in Prague. Dvořák dedicated the piece to Louis Ehlert, a music critic whose praise for Dvořák’s earlier works had made the composer famous throughout Germany. Like many of Dvořák’s compositions, the Serenade blends sonic elements of classical music with Eastern European folk traditions.

The Serenade opens with a movement that hearkens back to the soundscapes of long-ago court performances from the Rococo period; the sounds of the aristocracy are merged with a song of the common people. This opening theme is particularly important, because it will return near the end of the final movement, thereby making the Serenade a cyclical work. The second movement begins with a wistful, charming minuet. This is followed by a lively trio with syncopated Czech dance rhythms.

Long, sensuous melodies in the slower third movement convey a sense of melancholic nostalgia. The expressive oboe and clarinet are accompanied by subtle syncopation in the horn section and an active bass line. The Serenade ends with a driving, witty Finale reminiscent of the village band. High-level performance on wind instruments was a centuries-long Bohemian tradition, and Dvořák’s Serenade pays tribute to that rich heritage.

The year after the Serenade’s premiere, Johannes Brahms sent a letter to Joseph Joachim praising the work. Brahms wrote: “A more lovely, refreshing impression of real, rich and charming creative talent you can’t easily have…I think it must be a pleasure for the wind players!”

American composer Coleridge-Taylor Perkinson earned B.M. and M.M. degrees in composition from the Manhattan School of Music in the 1950s, a time of great division in American classical music. Proponents of extreme experimentalism dismissed the tastes of the general public and endeavored to keep classical music composition strictly within the academy. Provocative essays such as Milton Babbitt’s “Who cares if you listen?” circulated at the same time that traditional works by composers such as Ludwig van Beethoven were becoming further cemented into a classical music canon aimed at pleasing the public.

Named after the influential Black British composer Samuel Coleridge-Taylor (1875–1912), Perkinson enjoyed a multi-faceted musical career that expanded far beyond these conflicting viewpoints about the function of classical music. When asked to define Black music in an interview for the 1978 book The Black Composer Speaks, for example, Perkinson said: “I cannot define Black music. I could say that it is a music that has its genesis in the Black psyche or the Black social life, but it is very difficult to say what Black music really is. There are kinds of Black music, just as there are kinds of other musics.” Indeed, his rich musical career encompassed a vast array of classical, jazz, dance, pop, film, and television music.

In 1954, when he was just twenty-two years old, Perkinson composed Sinfonietta No. 1. Premiered in 1966, the work is a unique fusion of influences from baroque counterpoint, classical forms, American romantic harmonies, blues, and spirituals. The opening Sonata Allegro movement mixes elements of sonata form, the most common first-movement form in the Classical and Romantic periods. The movement also contains imitative counterpoint in the style of Johann Sebastian Bach.

The Largo “Song Form” is the second of three movements and features carefully controlled dissonances and soaring lyrical melodies. Ambiguous meters, a disrupted rhythmic flow, and a driving pulse are the defining characteristics of the third movement. This movement is written in the Classical rondo form, in which the opening section of music is consistently repeated between contrasting themes.

Louis W. Ballard, or Honganózhe (Stands With Eagles), was one of the most prominent Native American composers of classical music in the twentieth century. His compositions, which have been performed in major concert halls around the world, span genres ranging from small chamber works to symphonies. A dedicated educator and scholar, Ballard was the Director of Music Curriculum Programs for the Bureau of Indian Affairs at the U.S. Department of the Interior. Additionally, he authored Native American Indian Songs (2004) and numerous articles.

Raised in Oklahoma, Ballard’s compositional style was significantly influenced by his Quapaw and Cherokee heritage. He was leading traditional Quapaw tribal dances and songs by age twelve, and his compositions blend Native American musics with elements of European and North American classical music. In Ballard’s own words: “It is not enough to acknowledge that Native American Indian music is merely different from other music. What is needed in America is an awakening and reorienting of our total spiritual and cultural perspectives to embrace, understand, and learn from the Aboriginal American what motivates his musical and artistic impulses.”

Incident at Wounded Knee was commissioned by The Saint Paul Chamber Orchestra in 1973. Under the direction of Dennis Russell Davies, the ensemble premiered the work in Warsaw, Poland in 1974. The piece is a musical dramatization of the 1890 Wounded Knee Massacre, where more than 300 Oglala Sioux were brutally murdered by the United States military. Ballard was compelled to write the piece after reading daily newspaper reports covering the FBI’s controversial occupation of the Sioux Reservation in Pine Ridge, South Dakota, in 1973.

When describing the piece, Ballard wrote: “A series of musical episodes depict the emotional procession toward the town, the state of the souls in torment, and the violent conflict. The work culminates in musical and dance forms affirming the essential spirituality of Native American people.”

Recognized for her creative works that seamlessly merge the arts with issues of social justice, mass migration, and multiculturality, Mexican composer Gabriela Ortiz’s music is performed by prestigious ensembles around the world. She writes: “I fell in love with music once I understood that sounds have souls, and it is through them that one may speak of oneself.”

Today’s program features “La Calaca,” the fourth part of Altar de Muertos, which was written in 1997 for the Kronos Quartet and dedicated to the memory of those close to them. The work was inspired by the variety of traditions that shape the Mexican Day of the Dead festival. In particular, the musical ideas in Altar de Muertos portray elements of both reality and magic.

A calaca is a figurine of a human skeleton wearing colorful clothing, which is often decorated with marigold flowers. The first known origins of the calacas can be traced back to Mayan imagery. In most visual depictions, the calacas are shown dancing and playing musical instruments to celebrate a joyous afterlife.

“La Calaca” is full of exuberant, driving rhythmic vitality and haunting melodies. At the end of the movement, Ortiz quotes a spirited melody of Huichol origin from the State of Nayarit, Mexico. This melody was sung by the De La Cruz family, who preserve traditional Huichol music and culture. The second violin plays the first statement of the animated tune, and it is then passed on to the other instruments, culminating in a spirited ending to the piece.

This program explores the role of music as a living tradition, passed from generation to generation, remaining true to the past but also responding to the present. In Serenade for Winds, Antonín Dvořák celebrates his Czech homeland in a suite of lively marches and dances. Coleridge-Taylor Perkinson’s Sinfonietta No. 1 and Gabriela Ortiz’s La Calaca blend traditional song-forms and rhythms in works for string orchestra. Incident at Wounded Knee by Louis W. Ballard was commissioned and premiered by the SPCO and Dennis Russell Davies in 1974 and musically depicts both the events of the Wounded Knee Massacre in 1890 and the protests in 1973 led by Lakota activists and the American Indian Movement.