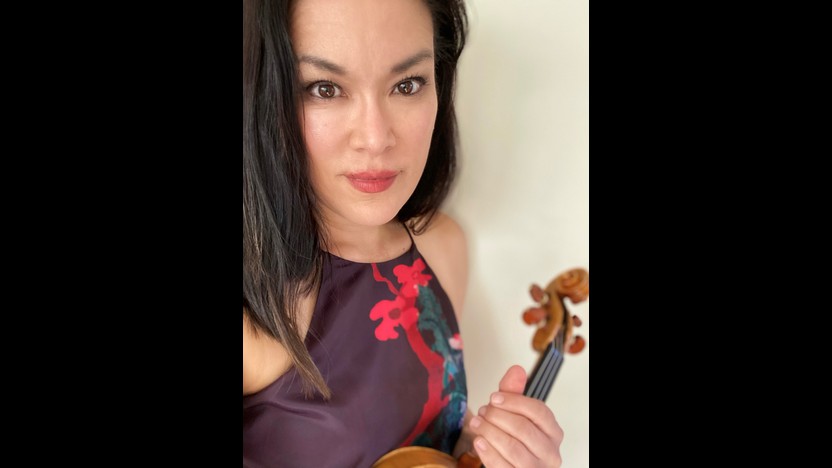 Johann Wilhelm Hertel, a precocious keyboard player and violinist, followed his father and grandfather into the family trade of music. Growing up in Bach’s birthplace of Eisenach, and later working in close contact with Berlin’s finest musicians (including Bach’s son C.P.E.), Hertel absorbed the best of northern German style at a pivotal period of transition. When Hertel began working for the Duke of Mecklenburg-Schwerin in the 1750s, he wrote concertos and symphonies in a clean galant style that moved past ornate Baroque counterpoint and looked forward to the classical transparency and balance of Haydn and Mozart.

Schwerin was a much smaller court than Berlin, but Duke Christian Ludwig II and his arts-loving family hired the best musicians available, including the star trumpeter Johann Georg Hoese. In Hertel’s Concerto in D Major, a solo trumpet shares the spotlight with pairs of oboes and bassoons. In many ways, this collective concerto looks back to an earlier approach to the instrumental genre, from a time before Vivaldi’s solo concertos swept north from Italy. The Menuet third movement and a finale labeled Plaisanterie (“pleasantry” or “joke”) borrow from the conventions of older French suites, but the effect is bracingly fresh, with crisp contrasts and delightfully varied episodes.

The French composer Charles-François Gounod is best remembered for his 12 operas, especially his 1859 setting of Faust that remains a cornerstone of the repertory. In his wake, rising French composers including Saint-Saëns and Fauré felt empowered to separate themselves from the heavy influence of Germany and Richard Wagner. One forum for new French music was spearheaded by the young flutist Paul Taffanel, a transformative performer and teacher who ended up reinventing his instrument and the repertoire composed for it. In forming the Modern Society of Wind Instruments, Taffanel looked back a century to the model of the harmonie, a type of small wind ensemble beloved by Austrian aristocrats in Mozart’s day. It was for this group that Gounod composed his final piece of chamber music, the Petite symphonie for flute and pairs of oboes, clarinets, bassoons and horns.

Gounod’s compact symphony borrows key traits from 18th-century Classical style, including the slow introduction that prefaces the airy Allegretto portion of the first movement. The slow movement, to be played “at a walking pace” and “songlike,” recalls the singing Andantes perfected by Mozart. The flute is the star of this aria without words, but in true operatic fashion there are conversational asides that bring in other instrumental soloists.

The scherzo, with its jaunty meter and prominent horn calls, channels Haydn’s hunt-inspired romps. The finale shares Haydn’s sense of dynamic contrast and wit, and it demonstrates the same deft hand for contrapuntal layering that enriched Mozart’s finest scores. It was Mozart who first elevated the artistry of the wind ensemble and the festive Serenades they played; a hundred years later, the same joyful, transparent format offered a new path forward for Gounod and his French comrades.

In the sixteenth and seventeenth centuries, England produced some of the world’s finest composers, including Thomas Tallis, John Dowland and Henry Purcell. After Purcell, foreigners like Handel and Haydn dominated the local scene, and it took another 200 years for the next wave of major British composers to emerge. The dry spell finally broke around the turn of the twentieth century, led by Edward Elgar, Gustav Holst and Ralph Vaughan Williams.

Vaughan Williams understood that a thriving English music could not just mimic continental styles—even though he sought out Bruch in Germany and Ravel in France to study their crafts thoroughly. The seeds of Vaughan Williams’ distinctly British voice came, as he wrote in 1912, from the sounds of everyday life all around him, “for instance, the lilt of the chorus at a music-hall joining in a popular song, the children dancing to a barrel organ, the rousing fervour of a Salvation Army hymn, St. Paul’s and a great choir singing in one of its festivals, the Welshmen striking up one of their own hymns whenever they win a goal at the international football match, the cries of the street peddlers, the factory girls singing their sentimental songs.”

In 1914, Vaughan Williams drafted an initial version of The Lark Ascending for violin and piano, but then the 42-year-old enlisted to serve in World War I, leading to a four-year hiatus from composition. With input from British violinist Marie Hall (to whom the score is dedicated), Vaughan Williams completed two versions of this violin showpiece in 1920, one with piano accompaniment and the other scored for small orchestra.

The title and inspiration of The Lark Ascending came from a poem by George Meredith depicting the rising and circling of a skylark. The musical language captures the pastoral reverie of the poem, especially in the pentatonic flutters and graceful curlicues of the violin’s unmeasured cadenzas. With its radiant harmonies and nostalgic glimmer, it’s no surprise that The Guardian declared The Lark Ascending “Britain’s favourite piece of classical music.”

Dvořák spent his early adulthood scraping by as a freelance musician in Prague; he accompanied church services from the organ, played viola in a dance band and the local opera orchestra, taught piano lessons and kept up his composing on the side. One source of income he tapped was the Austrian State Stipendium, an annual competition for composers. He won cash prizes each year from 1874–1876, and more importantly, caught the attention of the panel’s newest judge, Johannes Brahms. Dvořák’s 1877 application included the Serenade for Strings (Opus 22), a work Dvořák had composed over 12 days in May of 1875. By this point, Brahms was so impressed that he forwarded scores to his publisher Simrock, writing, “For several years I have enjoyed works sent in by Antonín Dvořák (pronounced Dvorschak) of Prague. … Dvořák has written all manner of things: operas (Czech), symphonies, quartets, piano pieces. In any case, he is a very talented man. Moreover, he is poor! I ask you to think about it!”

Simrock soon commissioned Dvořák’s Slavonic Dances. Within months of that work’s 1878 publication, performances had occurred across the continent and even as far away as London and New York, launching Dvořák’s international career.

The Serenade, as practiced by eighteenth-century composers, comprised light-hearted (and often forgettable) music to be performed outdoors at public gatherings in the evening. By the nineteenth century, composers applied the term more generally to pieces of a pleasing, “night-music” character with a loose assemblage of movements, a format that suited Dvořák’s gift for melodic invention.

Most of the movements of the Serenade for Strings follow a three-part structure, with statements of a primary theme (or group of themes) separated by a contrasting middle section. The opening Moderato demonstrates this simple elegance, forgoing an introduction and developmental transitions, and instead moving without delay from one memorable melody to the next. Singable themes continue to unfurl in the Waltz, Scherzo and Larghetto, the last of which provides a rich and sentimental departure from the Serenade’s cheery disposition. In the Finale, playful quotations help to bring the work full circle: The touching Larghetto theme returns with a wry, syncopated accompaniment, and the mild-mannered Moderato theme appears in a trick ending before the boisterous coda.

The SPCO’s talented wind section gets to show off their virtuosity in two chamber music works for winds, Hertel’s Concerto a cinque and Gounod’s charming Petite symphonie. The strings get to close out the concert with Dvořák’s pastoral Serenade for Strings. The full orchestra joins forces at the center of this program as SPCO violinist Maureen Nelson takes center stage for Ralph Vaughan Williams’ iconic The Lark Ascending, based on the George Meredith poem of the same name.

Today's concert at Benson Great Hall will be performed as scheduled. Should you be unable to attend this performance due to weather conditions, you may exchange your tickets into another concert by April 22 and we will waive any exchange fees. Subscribers can always exchange tickets from one concert to another without any fees.