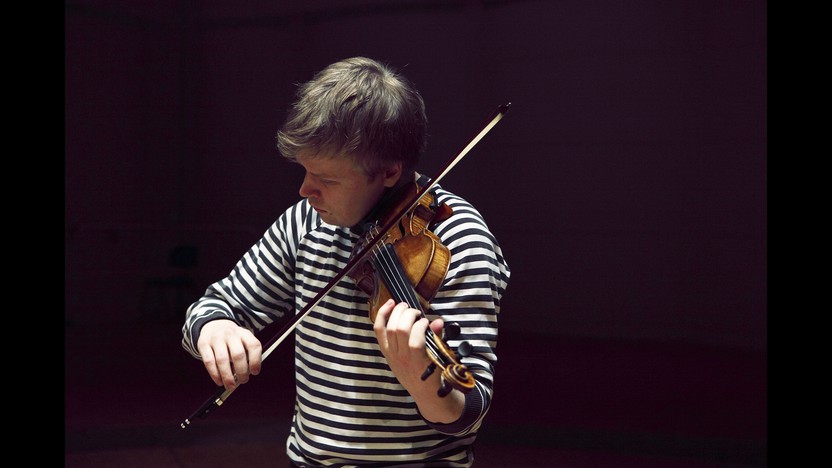 Dancers in the court of King Louis XIV imported the English country-dance in the late 17th century, and the style (renamed contredanse) soon joined the native minuet as a ballroom favorite in France and beyond. Mozart wrote his first example while traveling in Rome as a teenager, and he composed some three-dozen more, up until the last year of his life.

Such dance music was in high demand during Vienna’s Carnival season each January and February, and Mozart’s Six Country Dances from January of 1784 must have been meant for one the city’s many formal balls. All six examples share the dance’s typical two-beat meter and repeating phrase structure, plus No. 2 in E-flat adds the surprise of a contrasting section using the three-beat tempo of a minuet.

Shrink (Concerto for Violin and Strings) is in three movements. Each movement obsesses over certain intervals: the first, ninths; the second, sixths; and the final, a tiny set of anxious intervals between unisons and fourths. The overall structure suggests an intensifying focus on these small building-blocks, a process which is reflected in the speed of each movement. The first proceeds quickly, becomes aggressive, and dissolves into small fragments. The second movement is slow and taut, with a looped sequence of chords whose character becomes increasingly thick and heavy. The last movement is fast, nervous and scattered, with occasional giant unisons coming in and out of focus. Shrink is dedicated to Pekka Kuusisto.

Paradisfåglar was inspired by one of BBC’s Planet Earth films about the strange and beautiful birds of paradise. Their many different colors, the way they fly and the way the sound and sing.

Artistic Partner Pekka Kuusisto and composer Nico Muhly have been close friends and musical soulmates for many years, and this SPCO co-commission grew out of that strong bond. Along with the U.S. Premiere of Muhly’s new violin concerto, Kuusisto brings fresh interpretations of Mozart, both his light and whimsical Country Dances, and the great G Minor Symphony, and introduces SPCO audiences to an important new composer from Sweden, Andrea Tarrodi.