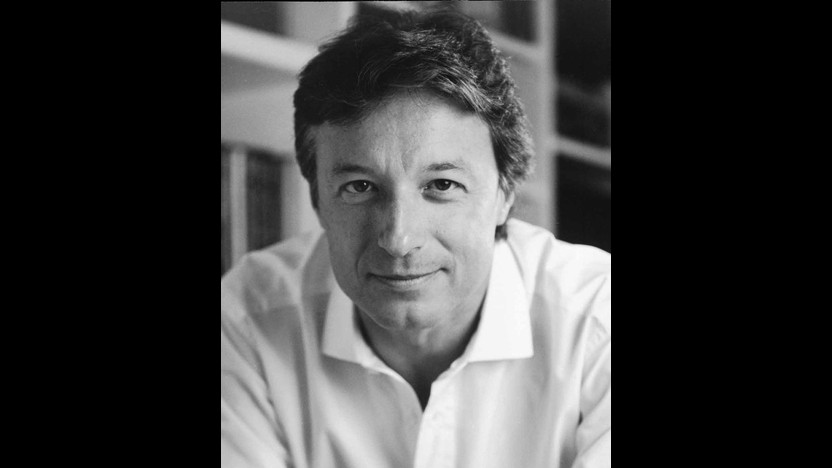 Capping a decade of symphonic expansions and innovations, Beethoven returned in his Eighth Symphony to the shortest, smallest form since his First, a work patterned after Haydn’s influential “London” Symphonies from the 1790s. Still, Beethoven’s efficiency should not be confused with complacency; the central thrust of his music in this period was to distill each gesture down to its essence, whether it was the imposing “fate” motive of the Fifth Symphony or the jolly intervals and fragments that underpin the Eighth.

The Eighth Symphony begins with a thematic statement as clear and balanced as any by Mozart or Haydn, with orderly alternations of downward- and upward-moving phrases. But then, within seconds, the theme compresses into a leaping gesture that guides the way to the second theme and beyond. By the end of the exposition, the whole orchestra is leaping up and down in octaves, a gesture that carries forward into the development section. The “real” theme is buried in the basses and bassoons at the climactic moment of return, but it gets the last word at the end of a whimsical coda.

Continuing the departure of the Seventh Symphony, which replaced the typical slow movement with a faster Allegretto, the Eighth Symphony goes even further by assigning the second movement a joking quality reflected in its Allegretto scherzando tempo marking. The humor centers on a three-note motive that eventually shrinks to two notes and then just a single shudder. Having dispensed with the playfulness in the second movement, the third movement takes the form of a graceful minuet, rather than a more rambunctious scherzo.

The finale flies by at a whirlwind Allegro vivace tempo, which Beethoven specified as 84 measures per minute. In the many pulsating passages of tremolo, each note lasts not quite six-hundredths of a second!

The score is inspired by the urban gardens that are becoming a new, exciting presence in our cities. In such a setting I imagined the piano as an urban memory and the orchestra as a green, vegetal presence that surrounds it. Doing that, I created in my mind three special places to develop the different movements of the score.

The first is indeed ideally On a Concert Hall Rooftop: some echoes of great piano concertos of the past—not their actual notes, rhythms, or sounds but just faint memories of them—come to visit the piano part, whereas the orchestra is agitated by the pressure of plants that are growing up, seeds that are unfolding, and vegetables that are expanding.

The second movement is imagined In a Jazz Club Courtyard, where the piano, for most of the section, is surrounded just by winds, brass, and percussion instruments. There is something connected to a blues-style ballad, in the main theme, but some other different elements are part of the movement, from a dramatic climax to a variation where the piano part is written in a toccata style. The peculiar ability of jazz to devour and transform everything is evoked in the final section, where the strings, too, become part of the game: the piano presents some micro-quotes of classical repertoire in a jazz style and the dialog between the two worlds is strongly underlined.

The third movement hails from an urban garden created On a Studio Terrace and the general form, the musical materials, and some specific orchestral solutions are connected to the job of recording and editing in a studio. Probably our imaginary plants are now big and strong, because their sound is full of energy and rhythm, and if you think you’re listening to a tomato or to some string beans ready to be picked, you’re not completely wrong.

In 1811, the ailing Beethoven took his doctor’s advice and summered in the Bohemian spa town of Teplitz. The trip succeeded in refreshing Beethoven’s health and spirits, and soon he started on a new symphony, his first in three years. He completed the Symphony no. 7 the following spring and began work immediately on his Eighth Symphony. His return visit to Teplitz in 1812 was a more heartbreaking affair: he penned unsent love letters to his mysterious “Immortal Beloved,” now believed to be Antonie Brentano, a married woman from Frankfurt. He also had a disappointing introduction to his literary hero, Johann Wolfgang von Goethe, about whom Beethoven complained, “He delights far too much in the court atmosphere, far more than is becoming in a poet.”

With the Napoleonic Wars disrupting concert life in Vienna, the Seventh Symphony did not reach the public until the end of 1813. On December 8, Beethoven conducted a benefit concert for wounded soldiers from the Battle of Hanau, featuring the premiere of Wellington’s Victory or the Battle of Vitoria, a bombastic orchestral account of the conflict, complete with six trumpets, ten percussionists creating martial sound effects, and triumphant variations on God Save the King. Beethoven’s “Battle Symphony” stole the show, but the debut of the Seventh Symphony made an impression, too, with the audience demanding an encore of the Allegretto movement.

The symphony begins with an introduction, the structure favored by Haydn in his late symphonies. Typically this would be a slow introduction, but Beethoven’s Poco sostenuto tempo has unusual forward drive, its momentum reinforced by repeated notes and rising scales. The introduction is also of an unprecedented length, lasting nearly four minutes before a single repeated pitch links into the lively Vivace continuation, set in a rollicking triple meter infused with the snap of dotted rhythms.

The second movement again defies the expectation of slow music, appearing as a nimble Allegretto in A minor. It explores a distinctive rhythmic stamp (long, short-short, long, long), advancing a simple theme while expanding the scoring from lower strings to the full orchestra. A contrasting major-key section with broad phrases and pulsing pizzicato intervenes twice, but variants of the opening figure return each time as the heartbeat of the music, even when it is reduced to a skeletal final statement.

The Presto third movement is a scherzo in all but name, Beethoven’s supercharged answer to Haydn’s minuets. It features cheeky rhythmic play and sudden dynamic contrast, as would be expected from a palate-cleansing third movement; more surprising is the strangely earnest trio section, with winds intoning a hymn-like chorale over droning violins. Instead of the typical three-part structure in which the trio appears once as a central departure, here it enters twice and then echoes again in the movement’s coda.

The Allegro con brio finale ushers in more foot-stomping rhythmic drive, pounding hard on the accented off-beats. It is no wonder that Richard Wagner called this symphony “the apotheosis of the dance”—each movement is a celebration of relentless, infectious rhythms.

Kicking off a monumental celebration of Beethoven’s complete symphony cycle, the 2014-15 season begins with Roberto Abbado on the podium conducting Beethoven’s Seventh and Eighth symphonies. Heralded as “an authoritative figure on the multifaceted horizon of all things modern,” (Premio Franco Abbiati jury) acclaimed pianist Emanuele Arciuli joins the SPCO for the world premiere of Urban Gardens by composer Nicola Campogrande, a piece inspired by the transformative nature of flora as it emerges in city spaces.

Visit our Green Room page for information on our Opening Night Post-Concert Celebration.