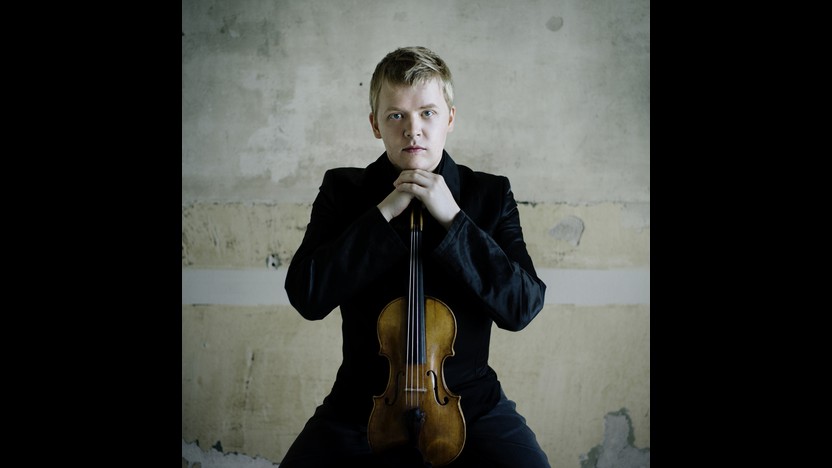 During his long tenure with the Esterházy family, Haydn spent much of his time dutifully entertaining his patrons at a remote country estate. He encountered a vastly different environment during his two visits in the 1790s to London, a bustling city that welcomed him as a celebrity. Contrasting the lofty, refined tastes of the Austrian nobility, London audiences favored splashy and spectacular entertainment—ranging from revivals of Handel oratorios involving hundreds of performers to popular caricatures such as The Beggar’s Opera. Haydn, in his second set of “London” symphonies, seemed to respond to English tastes by writing music with extra panache. He added the robust tone of clarinets in all but one symphony, and he incorporated flashy gestures that inspired nicknames still associated with several works: “Military” (Symphony No. 100), “The Clock” (Symphony No. 101), and “Drum Roll” (Symphony No. 103).

Haydn began the Symphony No. 101 in Vienna and completed it in London in 1794. Considering the adjustment period new music often endures before being embraced by the public, the immediate success Haydn achieved was remarkable, as evidenced by the review published in the Morning Chronicle two days after the premiere. The critic declared, “As usual the most delicious part of the entertainment was a new grand Overture [Symphony] by HAYDN; the inexhaustible, the wonderful, the sublime HAYDN! The first two movements were encored; and the character that pervaded the whole composition was heartfelt joy. Every new Overture he writes, we fear, till it is heard, he can only repeat himself; and we are every time mistaken.”

As with most of the “London” symphonies, No. 101 begins with a slow introduction. This subdued Adagio in D minor builds anticipation for the body of the first movement, which gallops in with five-measure phrases that spill over the expected subdivisions of four measures. The Andante movement, with the “tick-tock” flavor of its accompaniment, is responsible for the symphony’s nickname, “The Clock.” The graceful melody and steady accompaniment form the basis of a set of variations, including a dramatic, minor-key escapade that recalls Haydn’s Sturm und Drang (“storm and stress”) days.

Haydn deserves credit for making the minuet an indispensible component of the symphony, an expansion from earlier three-movement models. This minuet is one of his richest, with a full-throated scoring that includes trumpets and timpani, and a charming trio section built around a running motive that recalls the main theme of the first movement.

The finale packs a typical Haydn punch: It throttles back to just strings in a piano dynamic for the first fifty-five measures, then unleashes the full forte power of the orchestra right at a major point of arrival, the last note of the earlier phrase doubling as the first note in a new motive. The same dovetailing trick binds another quiet string passage to an even bolder mood change, with a sudden shift to the minor key blasted by the entire ensemble at a fortissimo dynamic. Still this finale has one trick left up its sleeve: a hushed fugato, passed among the strings, which climbs to a grand arrival, ushering in the final statement of the theme.

Artistic Partner Pekka Kuusisto, known for his “inventive reimagining of the classical sound,” (Star Tribune) takes on time itself in an expansive program of compositions that playfully create and subvert a sense of time and place. The program explores time-keeping devices of the 17th and 18th centuries, with Haydn’s Symphony No. 101, The Clock, and Purcell’s take on the Chaconne, a compositional form that delineates musical time through repetition and ornamentation. Also on the program, works by 20th century composers Respighi, Kreisler and Prokofiev that experiment with conventions of the past in music for their own time.