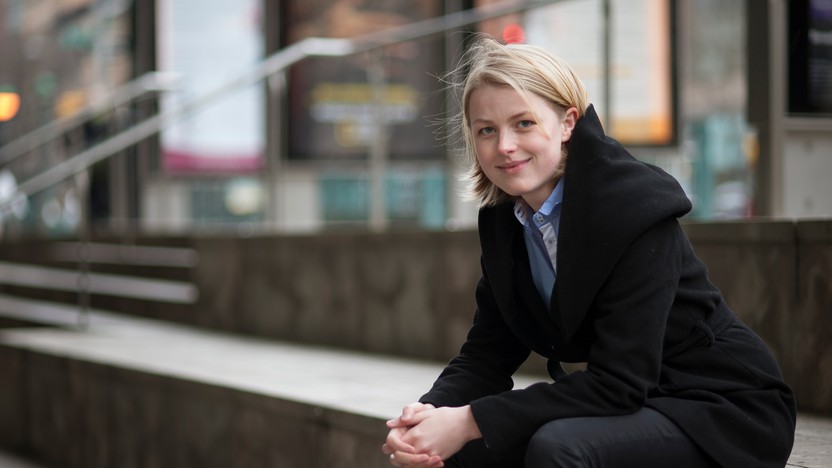 In 1920, an influential article hailed a group of young French composers as “Les Six,” placing them in the same revered class as the “Russian Five” from a previous generation, Mussorgsky and Rimsky-Korsakov among them. Honegger was less of a trickster than his five Satie-influenced peers, which included Darius Milhaud and Francis Poulenc, and his sincerity came through in Pastorale d’été (Summer Pastoral) from that same breakout year. In the score, an epigraph by the influential French poet Arthur Rimbaud sets the mood for this short tone poem: “J’ai embrasse l’aube d’ete.” (“I have embraced the summer dawn.”) The opening passage and other long stretches maintain a static harmony built on the mixolydian mode, defined by its lowered seventh tone compared to a major scale. This prolonged vamp is undeniably bluesy, conveying the same languid calm that would mark the cool jazz of later decades.

Grazyna Bacewicz was one of the most influential Polish musicians in the twentieth century. Besides her work as a composer, drawing on studies in Paris with the legendary Nadia Boulanger, Bacewicz was a top-tier concert violinist who led the Polish Radio Orchestra for a time, and also a pianist known for interpreting her own works. She even wrote novels and short stories, and late in life she embraced teaching. Her most celebrated compositions, including the Concerto for String Orchestra from 1948, unite a performer’s sensitivity to instrumental tone production with a bright neoclassical language (or really neo-Baroque in this case, drawing more on Bach than Mozart). When the Concerto was first performed in 1950 at the General Assembly of the Polish Composers’ Union, a critic and fellow union member wrote, “It can be said in all honesty that the honor of Polish composers was saved this time by a woman, Grazyna Bacewicz. … We finally felt a ‘red-blooded piece’ of wholesome and delicious music written with a creative power that is truly virile.”

From Honegger’s sultry embrace of the summer dawn to Schubert’s effervescent Fifth Symphony, this vibrant music celebrates the bright flush of youth. Poland’s trailblazer composer Grazyna Bacewicz honors the resonant harmonies and lucid textures of Baroque masterpieces, as rendered in her vivid score Concerto for Strings. Ruth Reinhardt, hailed by The Seattle Times for her “incandescent talent,” leads this illuminating program.

Join us Saturday, November 2nd as the orchestra and fellow audience members celebrate the 60th anniversary of the first SPCO concert with a reception in the Target Atrium immediately following the concert. Desserts and champagne will be provided.