Home Concert Calendar The Turn of the Screw

The Turn of the Screw 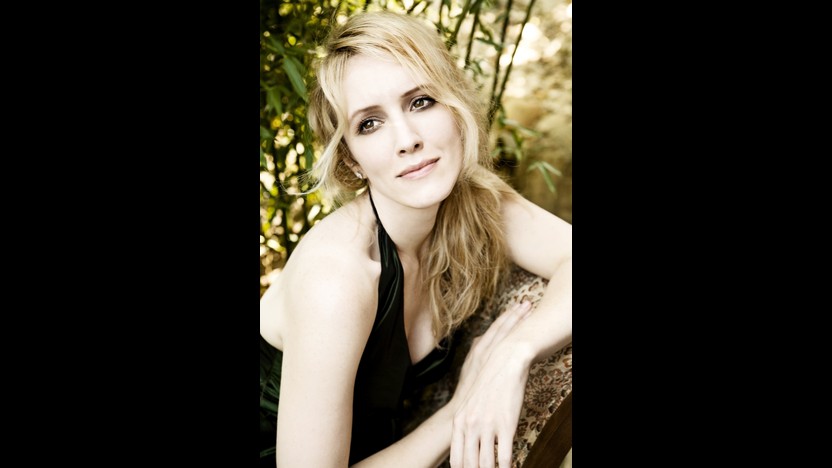 Benjamin Britten revitalized English opera with Peter Grimes, a haunting drama from 1945. With a commission to create a new opera for the Venice Biennale in 1954, Britten once again explored the dark corners of the human psyche, real and imagined, with The Turn of the Screw. His story, adapted for the stage by Myfanwy Piper, came from an 1898 novella by Henry James. Britten developed the mysterious ghost story into a lean, incisive chamber opera, with five characters (including a split role for the tenor, who sings the Prologue as well as the role of Quint; Britten’s partner, Peter Pears, was the original tenor) and a bright-hued ensemble of individual woodwinds and strings, plus percussion, harp, piano, and celesta. Britten conducted the first performance himself in Venice’s famed Teatro La Fenice.

The opera begins with a sung Prologue (tenor), accompanied only by piano in the halting manner of an old-fashioned recitative. The Prologue fills in the back story: A governess (soprano) is hired to care for two children by an uncle, the sole relative, who wants no part in their upbringing. He stipulates that the governess is never to bother him, and she agrees to take full responsibility. As Act I begins, the piano outlines a pungent motive constructed as a twelve-tone row, a theme that supports the fifteen “variations” that comprise the rest of the opera. The governess travels to the country house over nervous drum beats in The Journey, but her fears ease in The Welcome, once she meets the elderly housekeeper (soprano) and the two children, Miles (boy soprano) and Flora (soprano).

The governess shakes off the first sign of trouble in The Letter, when she learns that Miles has been expelled from his school. More disconcerting is the sight of a spectral man on The Tower, unsettling the pastoral calm. The children lift the mood with a rendition of the nursery rhyme “Tom, Tom, the Piper’s Son,” but the governess sees the ghostly man again in The Window. She asks the housekeeper about the man, and based on her description determines that it must be Peter Quint (tenor), the deceased valet of the absent uncle. The housekeeper explains the dark history of Quint and his inappropriate attention lavished upon the boy Miles. (This theme of predatory, romanticized relationships with young men also arises in the operas Peter Grimes, Billy Budd, and Death in Venice, and Britten’s biographers have shed light on the composer’s own tortured fascination with boys.) Quint, we learn, also carried on with the former governess, who died after leaving the house; Quint himself died from an inexplicable head injury.

The Lesson brings back the spirited energy of the children, and the governess’s commitment to protect and care for them. But Miles’s singing in Latin turns into a hypnotic and suggestive chant: “Malo, malo, malo, I would rather be, malo, malo, malo, in an apple tree, malo, malo, malo, than a naughty boy, malo, malo, malo in adversity.” The rhyme is a punning device for a Latin student to keep straight various meanings of “malo/malus/malum”—either the verb “I wish,” the adjectives “naughty” or “evil,” or the nouns “apple” or “apple tree”—but the subtext of a “naughty boy” has deeper meaning in context of the earlier revelations about Quint, and Miles’s expulsion from school.

The strangeness of the children continues at The Lake. After Flora names the seas and oceans, ending on the Dead Sea, the governess sees across the lake the ghost of a woman, the former governess, Miss Jessel (soprano). Act I climaxes At Night, when the children rendezvous in the woods with the ghosts of Quint and Jessel. The spirits leave after the governess and housekeeper intervene, and the scene ends with Miles repeating, “I am bad.”

Act II begins with Colloquy and Soliloquy. An instrumental introduction sets up the ghoulish tone of an argument between Quint and Jessel; elsewhere the governess cowers at the evil she feels in the house. While The Bells beckon the family to church, the governess wonders how to proceed. They return home to an encounter with the ghost of Miss Jessel, which finally prods the governess to defy her original instructions and write to the uncle. In The Bedroom, the governess tells Miles that she has written the letter. Quint, accompanied by scampering pizzicato and hissing snares, comes to cajole Miles into stealing the letter before it can be delivered. The balance shifts momentarily to light again when Miles plays The Piano the next morning. His fleeting figures come off like fun-house reflections of a Mozart sonata, while the governess tells the housekeeper about the letter. She realizes that Flora has gone out, and they find the girl by the lake, joined by Jessel’s ghost. The housekeeper cannot see the spirit, and Flora pretends that she can’t either, confounding the governess.

The conflict comes to a head when the governess confronts Miles about the letter, which has gone missing. At the moment Miles admits he was put up to it by the ghost, Miles drops dead, and the tormenting Quint vanishes. It is a bleak ending to a fraught drama, which in Britten’s rendering becomes far more than a ghost tale, delving into shadowy territory of desire and helplessness.

The SPCO's Britten festival continues with concert performances of the composer’s chamber opera, The Turn of the Screw, a rarely performed masterpiece. This under-recognized landmark work of the twentieth century literature features a stunning cast of soloists, led by tenor Thomas Cooley in the role of Peter Quint and soprano Sara Jakubiak as the Governess, following her critically acclaimed performance of the role with the New York City Opera in 2013.

Personnel update: Thomas Zehetmair has withdrawn from his upcoming concerts with the SPCO due to medical concerns which are preventing him from travel. He sends his sincerest regrets, and we look forward to welcoming him back next season when he has fully recovered. The Turn of the Screw will now be conducted by Jayce Ogren.

Riley Robert Eddins has regretfully had to withdraw from the performances because of illness. Lucy Fitz Gibbon will be stepping in to sing the role of Miles.