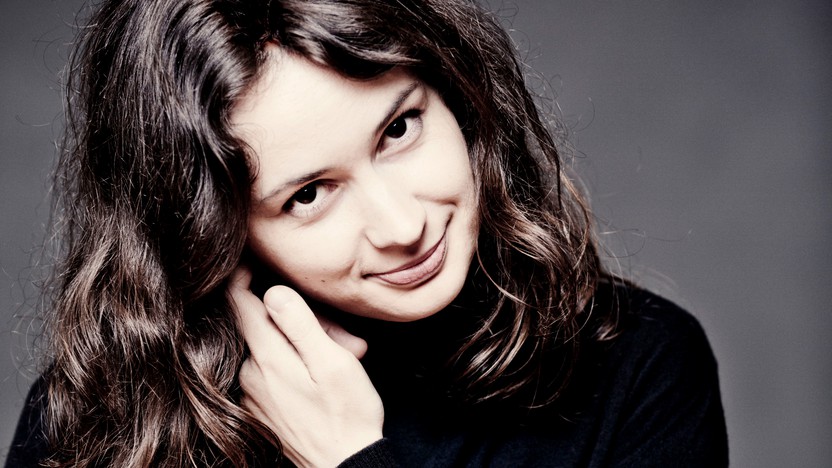 Mozart’s Adagio and Fugue began life as the Fugue in C minor for two keyboards. Composed in 1783, that work (to which Mozart would add the Adagio introduction when preparing the string arrangement) appeared as part of a flurry of new pieces produced upon Mozart’s arrival in Vienna in 1781. Mozart’s productivity during these years knew no limits. Between 1781 and 1785, he completed numerous piano concerti and symphonies; important chamber works including violin sonatas, the Quintet for Piano and Winds, K. 452, and the six “Haydn” Quartets; the Mass in C minor; and the operas Die Entführung aus dem Serail and Le nozze di Figaro.

The string quartet version of the Adagio and Fugue came about under less than auspicious circumstances. By the late 1780s, Mozart’s popularity—and, consequently, his income—had taken a downward turn. Although Le nozze had been acclaimed in Prague, its Vienna premiere was received poorly. The following year, Don Giovanni likewise failed to please: It was criticized as being overly learned, too sophisticated for the general listener. In order to generate much-needed income in the summer of 1788, Mozart composed at a furious pace, completing a symphony, violin sonata, piano trio, piano sonata, and this arrangement of the Fugue for piano duo, with the added Adagio introduction, in the span of only a few weeks. (The work is frequently heard today, as on this evening’s program, played by string orchestra.)

The work’s character is unrelentingly severe. The opening dialogue between cellos and upper strings establishes a majestic rhythmic feel. Using an uncompromising pattern that continues for the rest of the introduction, Mozart intersperses music that serves to contrast the aggressive opening measures. This material—as mysterious as the opening is obvious—infuses the Adagio with an ominous atmosphere. It is Mozart the opera composer at work: introducing a shady character who puts everyone en garde. As the stentorian sections remain the same length, the shadowy phrases grow longer, leaving the Adagio in a mood of great tension and anticipation.

The cellos again have the first say as the angular fugue subject breaks in. As in his quartet arrangements of Bach’s Well-Tempered Clavier, Mozart, still under the Baroque master’s spell, demonstrates here a complete mastery of fugal technique. The Fugue serves simultaneously as an homage to Bach and as an announcement to the Viennese musical community of the arrival of a singular compositional voice.

Armenian composer Tigran Mansurian composed his Violin Concerto No. 2 in 2006 for the violinist Levon Chilingirian. The work’s subtitle, Four Serious Songs, alludes to Brahms’s Vier ernste Gesänge, Op. 121: dark, introspective, and deeply personal meditations on death, set to Biblical texts, and undertaken as a means of creative catharsis after Clara Schumann suffered a stroke in 1896. Mansurian’s own Four Serious Songs, inspired by the same Biblical passages, likewise shares something of the character of Brahms’s Opus 121—wandering, as violinist Patricia Kopatchinskaja (one of the Concerto’s most avid champions) has remarked, along the edge of the abyss.

The opening Andante con moto begins the work on a note of keening lyricism. The solo violin line is at once halting and searching, enveloped by a spare string accompaniment. The desolate atmosphere is amplified by an extended solo section; this can hardly be called a cadenza, given its barrenness and utter restraint from any soloistic flair. “Everything extraneous was expunged from this ascetic work,” writes German musicologist Wolfgang Sandner: “virtuosity, richness of timbre, brilliance. What remained was spirit, magic, music pure and simple.”

The Andante mosso, agitato heightens the Concerto’s intensity, while retaining the austerity of the first movement, propelling the work’s inexorable drive towards its compact climax: The third movement is an impassioned, minute-long violin soliloquy, corresponding, in Brahms’s Vier ernste Gesänge, to that composer’s “O Tod, wie bitter bist du” (“O death, how bitter thou art”).

The Concerto’s final movement transports the listener to a higher, ethereal plane. In this tranquil response to the agitated music that has come before, we might hear the hopefulness and comfort of Paul’s first letter to the Corinthians, as set by Brahms to conclude his own Vier ernste Gesänge: “For now we see through a glass, darkly; but then face to face: now I know in part; but then shall I know even as also I am known.”

As a student at the Budapest Academy in his native Hungary, Bartok was educated in mainstream German and Austrian styles, and he graduated in 1903 writing music heavily influenced by Wagner and Strauss. The next year, while at a resort in what is now Slovakia, Bartok was so captivated by the singing he overheard from a Transylvanian-born maid that it launched him on one of the central pursuits of his life: to record and transcribe as many regional folksongs as he could find. Bartok became a pioneering scholar in the field of ethnomusicology, and over time he supervised the collection of some 14,000 distinct melodies, many of which he recorded himself using primitive wax cylinders.

In works like the Romanian Folk Dances from 1915, Bartok did not try to sanitize the authentic folk melodies by adding generic Western harmonies, nor did he pretend that his transcriptions for concert instruments would precisely recreate the nuanced inflections he captured on recording. Instead he developed a personal approach to these folksong arrangements that wrapped them in sparse and surprising accompaniments, blurring the line between composition and arrangement.

Felix Mendelssohn, the grandson of a famous philosopher and the son of a successful banker, took full advantage of the opportunities that came with his family’s position. This was a child who celebrated his 12th birthday with a private performance of his first musical, in a fully staged production at his house in Berlin, featuring members of the royal orchestra! By the age of 14, Mendelssohn had tried out a dozen modest sinfonias at the family’s regular house concerts, and he added his debut symphony in 1824, shortly after his 15th birthday.

Mendelssohn’s first foray into concerto writing came at the age of 13, when he wrote the Violin Concerto in D Minor. It turned out to be a fitting bookend to his much-loved Violin Concerto in E Minor, the last orchestral work he completed before his death at the age of 38. Both concertos arose out of friendships formed in the chamber music readings held at the Mendelssohn house: The early D-minor concerto was written for violinist Eduard Rietz, who was a frequent guest along with his cellist brother; soon another rising star joined their clique, the violinist Ferdinand David, and he was later entrusted with Mendelssohn’s E-minor concerto. After Mendelssohn’s death, his widow gave the unpublished early concerto to David, and it stayed in private hands until it reached the twentieth-century violin virtuoso Yehudi Menuhin. He finally edited the score for publication and gave the first public performance in 1952.

Mendelssohn took to heart the lessons of his childhood teacher, Carl Friedrich Zelter, who introduced the young composer to the formal rigor of J.S. Bach as well as the elegant balance of the Classical masters. The Violin Concerto in D Minor, starting from its muscular first movement, honors Baroque tradition with its bold unisons and crisp counterpoint. The sharp dynamic contrasts and balanced phrasing reflect Haydn and Mozart, while the passionate lyricism and throbbing urgency are all Mendelssohn, as he continued to prove in other early standouts like the Octet for Strings and the Overture to A Midsummer Night’s Dream. The violinist’s main theme in the Andante movement, entering on an unexpected chord after a wistful lead-in, is one of those wise and thoughtful offerings that makes Mendelssohn’s maturity as a 13-year-old all the more mind-boggling. The scampering finale is pure, devilish fun, the kind of playful mood that Mendelssohn carried forward into his many exceptional scherzos.

For violinist Patricia Kopatchinskaja’s debut performances with the SPCO, she collaborated with her parents, Viktor Kopatchinsky and Emilia Kopatchinskaja, and SPCO Principal Bass Zachary Cohen in performing folk music selections from her native Moldova in Eastern Europe. Viktor Kopatchinsky is a master of the cimbalom, a type of hammered dulcimer, and Emilia Koptachinskaja is a folk violinist/violist and improviser. This selection, called Căluşarii, refers to a Moldovan secret society whose origins date from at least the 17th century. In more recent times, the Căluşarii became known for their highly energetic dancing and fiddling and would often take part in village festivals in the weeks after Easter.

The captivating Patricia Kopatchinskaja began her tenure as an SPCO Artistic Partner in this program celebrating her Twin Cities debut.

Please note: The Welcome Patricia Kopatchinskaja performance on Thursday, November 20 at Temple Israel in Minneapolis is currently SOLD OUT. Please select a different performance date from the remaining options above.