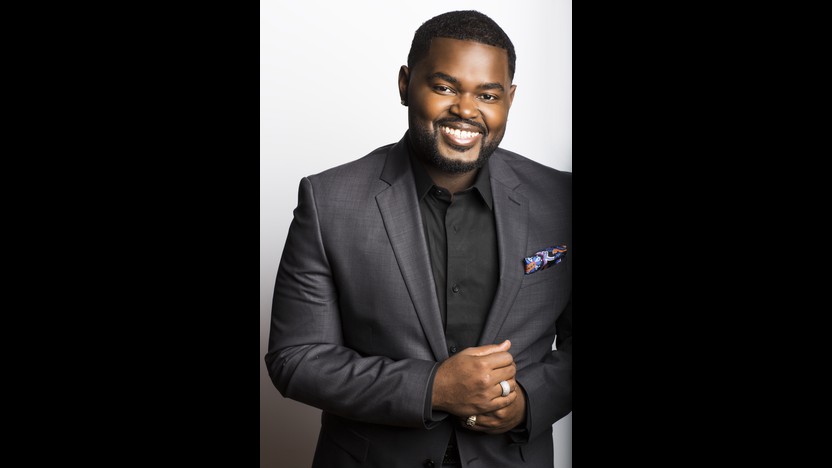 George Frideric Handel, born in Germany, found his greatest fame abroad. He first worked in Hamburg, playing harpsichord and violin for the opera house, but he relocated to Italy in 1706, where began writing his own operas in Italian. He parlayed his Italian experience (and his relationship with the elector of Hanover, who soon would become King George I of Great Britain) into an opportunity to produce Rinaldo in 1711, the first Italian-language opera written specifically for England. London proved to be fertile ground for Handel both artistically and professionally. He settled there the following year and became a naturalized citizen in 1727.

In 1734, Handel’s London publisher, John Walsh, sought to capitalize on two profitable trends: the surging popularity of Handel, and the enduring success of Arcangelo Corelli’s Opus 6, a seminal collection of twelve concerti grossi. From his time in Rome, Handel was well versed in Corelli’s style, and the collection that Handel published in 1739, his own Opus 6, was a clear homage to Corelli. The concertos that Walsh collected as Handel’s Opus 3, on the other hand, were a mishmash of existing scores, including some music that was not even Handel’s.

The Fourth Concerto of Opus 3, in F Major, employs two oboes along with strings and basso continuo (including bassoon). The opening movement is in the style of a French overture, with outer sections built from stately dotted rhythms surrounding a faster, contrapuntal section. The Andante second movement separates out one oboe to issue sustained counter-lines, and the Allegro third movement offers several passages of breakout violin solos, the type of texture associated with Corelli’s concerto grosso model. The concerto ends, atypically, with a minuet. The contrasting trio section offers another distinctive instrumental color, with the bassoon joining the violas on a prominent counter-melody.

In the time of Handel and Vivaldi, the greatest opera stars were castrati. They started as boys with exceptional voices (mostly Italians from poor families), and they became lifelong sopranos through a barbaric operation performed before the onset of puberty. The very best were famous enough to be known around the world by single names, as in Farinelli, Senesino, and Caffarelli.

The practice of castration was outlawed in the nineteenth century. Meanwhile there have always been men who sing with exemplary range and control in what is known as the “head voice” or falsetto. These natural countertenors have reclaimed the repertoire composed for their castrati counterparts of the eighteenth century, and their rising visibility has coincided with a resurgence of Baroque opera.

It was Italian opera that brought Handel to London in the first place, and for decades it remained his primary musical outlet. Even after he turned to the new genre of oratorios in English, he continued producing operas, such as Xerxes from 1738. He composed the title role for the castrato Caffarelli (born Gaetano Marjorano), adapting some of the music from earlier Italian settings of the same story. In the most famous aria, “Ombra mai fù,” the Persian king sings a simple homage to the shade of a plane tree.

The Italian castrato Senesino (born Francesco Bernardi) joined Handel’s opera company in 1720, and he went on to originate seventeen leading roles. His last premiere (before abandoning Handel for a rival company in London) was Orlando from 1733, based on a sixteenth-century Italian epic poem.

Orlando, a mad knight, learns in Act I that his beloved has fallen for another man. In the rousing aria “Fammi combattere,” he vows to “fight against any monster” to prove his love.

Following on the success of Opus 8, a collection of twelve violin concertos that included The Four Seasons, Vivaldi’s Dutch publisher released his Opus 9 in 1727. Vivaldi named the new set La Cetra after an ancient stringed instrument that resembles a lyre, and he dedicated the twelve violin concertos to the most powerful patron in the world: Charles VI, the Holy Roman Emperor who ruled much of Europe from the Habsburg court in Vienna. Vivaldi and the emperor met in Italy the next year; Vivaldi delivered the manuscript of a different set of twelve concertos (titled La Cetra as well, but with little musical overlap), and Charles VI offered the composer a gold chain and medallion.

The Concerto No. 9 in B-flat is the only selection from La Cetra that features two violin soloists. The opening Allegro exploits many of the sonic possibilities that come with matched soloists, including harmonized melodies, call-and-response phrases, echoes, canons and other forms of counterpoint. In the middle movement, the use of a bouncing bow stroke known as spiccato creates a dry, percussive accompaniment that suggests the sound of a cetra or other plucked string instrument. (Some interpreters read Vivaldi’s spiccato—literally “separated”—as an invitation to pluck rather than bow the strings.) The finale engages in lively rhythmic play as it slices the three eighth notes per measure into different groupings and phrasings, generating extra energy with triplet runs and even faster bursts of 32nd-notes.

In composing his hundreds of concertos and dozens of operas, Vivaldi was not averse to reusing a strong piece of music. The opera Siroe, re di Persia, composed in 1727, included the aria “Gelido in ogni vena,” with lyrics that begin, “I feel my blood like ice coursing through every vein.” To set that chilling mood, Vivaldi borrowed a sequence of stark, throbbing harmonies from a violin concerto published two years earlier: “Winter” from The Four Seasons. Vivaldi inserted this showstopper of an aria into a number of operas, including Farnace, the story of a vanquished king from Roman times.

The first opera Handel composed for his newly formed Royal Academy of Music was Radamisto, based on an anonymous Italian libretto. In the initial production in 1720, the title role of Prince Radamisto was sung, against gender type, by a famous Italian soprano. Later that year, Handel succeeded in bringing the noted castrato Senesino to London, at which point he rewrote the role of Radamisto for the new voice type.

The standout aria of Radamisto comes in Act II, when the prince believes that his wife is dead. He urges rest for the “shadow of my dear bride,” and vows to exact revenge for her death.

From 1717 to 1723, Johann Sebastian Bach worked as the Kapellmeister (music director) for Prince Leopold of Anhalt-Köthen. The Prince was very fond of music, but the Calvinist religious practices of his court did not permit elaborate music during worship. Therefore, most of the pieces Bach wrote during these years were secular instrumental works and included orchestral suites, solo cello suites, violin sonatas and partitas, and the Brandenburg Concertos.

Composers in the Baroque period often reused their pieces and reworked them for new instrumental configurations based on the performers they had available at the time. That is the case for Bach’s Concerto in C Minor for Oboe and Violin, which likely dates to c.1720 when he was working in Köthen. In the mid 1730s, Bach wrote a concerto in C minor for two harpsichords that is based on the earlier concerto for oboe and violin. It is quite fortuitous that this keyboard concerto survived, because the original score for the oboe and violin concerto has since been lost.

Contemporary reconstructions of the concerto for oboe and violin based on the score of the 1730s concerto for two harpsichords are regularly performed today. The rearranger of this concerto is uniquely tasked with working backwards to strip away the musical elements in the score that are primarily idiomatic to the harpsichord. Additionally, any features that are particularly characteristic of the oboe and violin that may have been eliminated when Bach created the version for two harpsichords must be added back into the score.

Bach’s musical works in C minor are often quite serious in nature, and this is certainly true of the Concerto in C Minor. Nuanced solo passages in the violin and oboe alternate with a somber orchestral ritornello throughout the first movement. An exquisite duet between the solo instruments in the second movement is full of dissonance, tension, and brief moments of temporary resolution. Even the sprightlier final movement conveys a sense of gravity, with short melodies traded back and forth between the orchestra and the soloists.

The first association with the genre of cantatas is likely to have been the church music of J. S. Bach. In the eighteenth century, however, a cantata was just as likely to be a secular work, for one or more singers accompanied by an ensemble. Vivaldi’s Cessate omai cessate is a typical example, with a sequence of recitatives and arias conveying the heartbreak of a spurned lover. Following a brief orchestral introduction and recitative, the first aria establishes an intimate, pastoral tone with its guitar-like plucking. The pulsing aria that follows describes seeking solace in caves. The finale is a superb example of a revenge aria, a favorite formulation of the era.

The lustrous works of Bach, Handel and Vivaldi come alive on this program, led by internationally renowned maestro Jonathan Cohen. This program explores concertos and arias from some of the most prolific and beloved composers of the Baroque era. Countertenor John Holiday is back, once again showcasing his uniquely expressive voice, which has made him a rising star among interpreters of the Baroque repertoire. Double concertos by Vivaldi and Bach are interspersed, featuring the exquisite artistry of SPCO musicians.