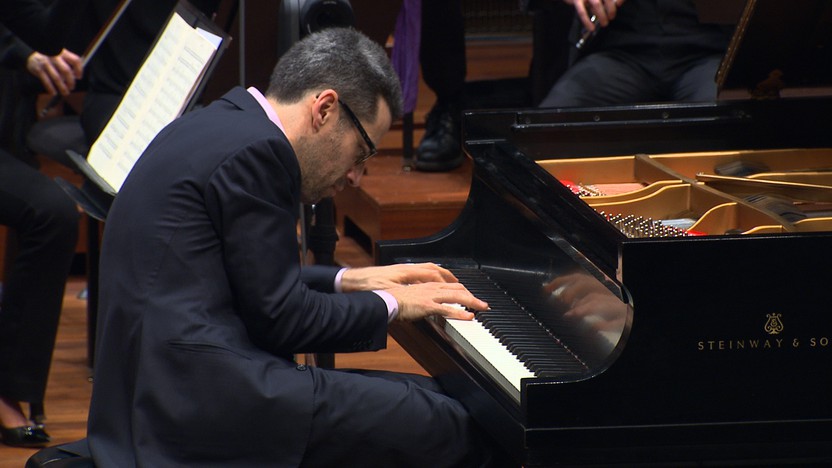 By the age of 24, the former child prodigy Wolfgang Amadeus Mozart had long outgrown his hometown of Salzburg, where he lived under the shadow of his controlling father and worked for a nasty archbishop. Just as his frustrations were reaching a boiling point, he received a welcome invitation from a nobleman he had met during a 1778 visit to the musical hotspot of Mannheim. That royal had been crowned Karl Theodor, Elector of Bavaria, and he asked Mozart to come to his court in Munich to present a new opera. The high-profile commission proved to be just the boost Mozart needed: when it was finished, he quit his Salzburg job and finally took the plunge to support himself as a freelancer in Vienna.

Mozart began the opera Idomeneo in Salzburg, and finished it just in time for the premiere in January 1781. Although he was writing in Italian for a German audience, the real inspiration was the French style that Christoph Gluck had mastered in Paris in the 1770s. Mozart’s libretto was a translation of a French rendering from earlier in the century, based on a Greek legend — the sort of boilerplate drama that composers recycled time and again for the operatic stage. And in true French style, the singing made way in the final act for a grand ballet full of stylized dances.

The ballet begins with this Chaconne, serving as a festive introduction that feels more like a rousing overture than the moody sets of continuous variations that might be expected from anyone familiar with the Baroque chaconnes of Bach and others. The only detail Mozart kept from the traditional French chaconne dance was the three-beat meter, and the rest all comes from Mozart’s limitless imagination and flair for creating drama without words.

Back in 2013 I had the great pleasure of spending a summer in Lower Austria as composer-in-residence of the Grafenegg Festival. On a free afternoon, my wife and I went driving to visit the nearby town of Krems on the Danube River and on the way found ourselves intriguingly waylaid by roadsigns pointing towards a “Beethovenhaus" in the small village of Gneixendorf. We then discovered what has to be one of the most mysteriously fascinating, yet largely undocumented episodes in the life of Ludwig van Beethoven.

Having accepted an invitation from his brother Johann and wife Theresia to spend some time away from Vienna at their spacious Landhaus in this quiet hamlet of vineyards and fruit orchards, Ludwig van Beethoven and his troubled nephew, Karl, arrived in Gneixendorf in late September of 1826. After only a few days, a heated argument between Ludwig and his brother led Beethoven to leave his brother's house and take up rooms at a nearby house owned by the wealthy businessman, Ignaz Wissgrill. Wissgrill was honoured to host the famous composer and offered a suite of three rooms on the first floor at no charge. To this day, these rooms still retain significant original features from the time of Beethoven's lodging, including remarkable decorative hand-painted ceilings and wallpaper, a piano stool, a table and the original wooden floorboards.

Beethoven ended up staying in the house at Schlossstrasse 19 for more than two months, going for regular walks and composing his final string quartet, op.135, as well as completing revisions and metronome markings for his 9th Symphony. He returned to Vienna on December 1st on an open horse-drawn carriage in freezing conditions. He never fully recovered from the severe pneumonia contracted on that journey and the ailing composer succumbed to cirrhosis of the liver the following March.

My piece takes this extraordinary and unexpected brush with cultural history as one of its starting points. Its commission is part of American pianist Jonathan Biss's large-scale project, Beethoven/5, in which he has commissioned five different composers to write companion pieces to the five Beethoven piano concerti. As Biss himself has stated, "One of the central tasks for any musician — composer or performer — is to come to terms with Beethoven." I couldn't agree more, and it's a task I've engaged with on several previous occasions, resulting thus far in my works "Pastoral Symphony" (2001), "Testament" (written in 2002 and inspired by his Heiligenstadt Testament from 1802) and a piano etude, "Hommage a Beethoven" (2018). I've also been invited to take part in "Diabelli 2020", a multi-composer commissioning project by Austrian pianist Rudolf Buchbinder in celebration of Beethoven's 250th Anniversary year.

My new piano concerto is the last of Jonathan Biss's set of commissions and is thereby written in response to the remarkable 5th or "Emperor" Concerto, op.73. While this was Beethoven's last ever work for solo instrument and orchestra, dating from 1809 and revised two years later, it's not really a late work. However in finding inspiration not only from this great piece but also from the remarkable biographical story of his ill-fated time in Gneixendorf, my new concerto is an attempt to enter into the state of mind of the composer as he confronts profound familial conflicts as well as failing health towards the very end of his life.

Ludwig van Beethoven completed his fifth and final piano concerto during the miserable summer of 1809, when Napoleon’s army occupied Vienna for the second time in four years. By the time of the premiere two years later, Beethoven’s hearing had deteriorated so much that he could not perform the concerto himself. Having filled the void left by Wolfgang Amadeus Mozart’s death, Beethoven’s long run as the leading pianist-composer in Vienna had officially come to an end.

The Piano Concerto No. 5 is in many ways a sibling to the earlier “Eroica” Symphony No. 3, also in the key of E-flat. In the case of the concerto, Beethoven had no part in the nickname — “Emperor” came later from an English publisher — but both works share a monumental posture and a triumphant spirit.

To begin the concerto, the orchestra proclaims the home key with a single chord, and the piano leaps in with a virtuosic cadenza. The ensemble holds back its traditional exposition until the pianist completes three of these fanciful solo flights, the last connecting directly to the start of the movement’s primary theme. It is a remarkable structure for a concerto, with an assurance of victory, as it were, before the battle lines have been drawn.

The slow movement enters in the luminous and unexpected key of B-major with a simple theme, first stated as a chorale for muted strings. To bridge the distance back to the home key of E-flat, the finale pivots effortlessly on a single held note that relaxes down a half-step, setting up the piano’s propulsive entrance.

Pianist Jonathan Biss returns for the final installment of Beethoven/5, a multi-year commissioning project between Biss and the SPCO, pairing Ludwig van Beethoven’s five piano concertos with newly commissioned piano concertos. The project’s finale features one of Beethoven’s most beloved piano works, the Emperor Concerto. Writing a musical response to the Beethoven work is Brett Dean, “A voice of fertile imagination, originality and expressive subtlety” (Chicago Tribune). Francesco Lecce-Chong will join the SPCO to conduct this special program in his subscription concert debut.