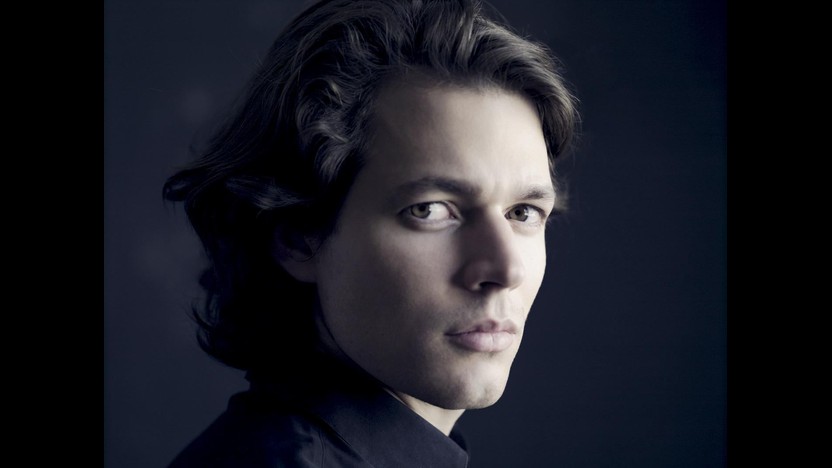 The initial inspiration for this piece came from Frank Lloyd Wright’s stained glass window designs, which he termed “light screens.” These designs use simple shapes like the square and the rhombus in repetitive patterns, and they often feature a lively dynamic of asymmetry between areas of intense geometric activity and expanses of largely empty space.

Light Screens was originally written for flute and string trio. It was later transcribed for string quartet and taken up by the Ives and Cassatt Quartets.

In the wake of two well-received ballets set in the American West — Billy the Kid (1938) and Rodeo (1942) — Aaron Copland began Appalachian Spring in 1943. He created the ballet for the dancer and choreographer Martha Graham, and he worked under the title Ballet for Martha until not long before the premiere, when Graham suggested Appalachian Spring, borrowing a phrase from Hart Crane’s poem “The Bridge.”

Created for the 500-seat auditorium at the Library of Congress in Washington, DC, this ballet needed a suitably compact pit orchestra, so Copland used just thirteen instruments in the original version. The next year he arranged most of the ballet into a concert suite for orchestra, and his publisher later added the option heard here, which preserves the original chamber ensemble scoring while adopting the structure of the concert suite.

The wonder of Appalachian Spring is how it achieves so much using such simple and familiar musical ingredients. The first section assembles its hazy wash of consonant sonorities by enunciating plain triads and the resonant intervals of fourths and fifths. The following section energizes similarly basic materials — octave leaps, triadic intervals and descending major scales — into spry dance music. There is a tender scene for the young couple, a lively romp depicting the revivalist and his dancing minions, and then a brisk solo dance for the bride, which dissipates into a return of the gentle, triadic wash of the beginning.

The famous section that follows, starting with a theme in the clarinet, presents the tune of Simple Gifts, a Shaker dance song written in 1848 by Joseph Brackett. The humble melody fits seamlessly into the homespun, diatonic language of Copland’s score, and its increasingly grand variations rise to a transcendental climax.

The SPCO is thrilled to welcome French pianist David Fray for his Minnesota debut with Mozart’s dramatic Piano Concerto No. 24 in C Minor. Fray’s striking and original interpretations of the masterworks of Bach, Mozart and Schubert have been praised throughout the world. Of his recent New York City recital, James Oestreich of The New York Times wrote, “This is an artist we need to hear more of, and in different moods…I’ll listen eagerly to whatever he wants to say.” The program opens with an effervescent chamber piece by the brilliant young American composer Andrew Norman, inspired by the geometric patterns of Frank Lloyd Wright’s stained glass windows, followed by one of the most beloved works in the chamber orchestra repertoire, Aaron Copland’s Appalachian Spring, performed in its original version for thirteen instruments, led by concertmaster Steven Copes.