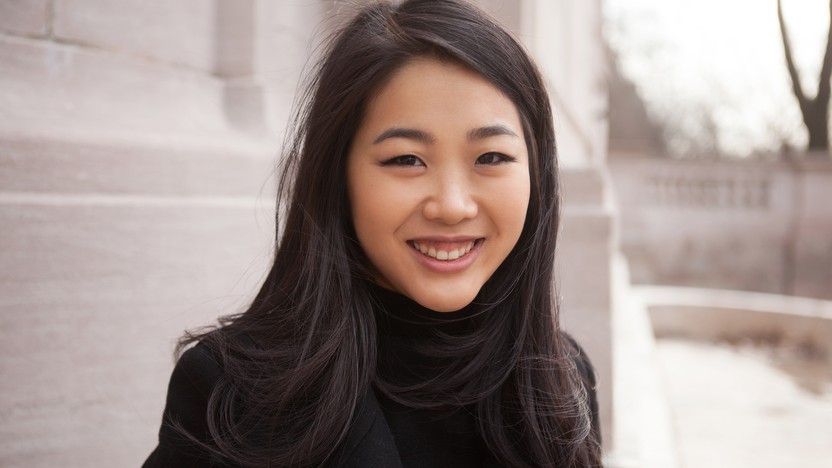 The three symphonies that Joseph Haydn (1732–1809) composed in November of 1784 appear to have been tailored to the publishing market, and he found outlets for them in Vienna, Paris, London, Berlin and Amsterdam, attesting to his growing international fame. The Symphony No. 80 in D Minor (c. 1784) from that group is one of only ten symphonies that Haydn set in a minor key, but this one exhibits none of the angst that marked his earlier Sturm und Drang (“Storm and Stress”) phase. The symphony’s cheeky sense of humor is rooted in the manipulations of time and space that create sudden contrasts and whimsical juxtapositions, like when the first movement’s development section begins with two full measures of silence, followed by a restart of the previous theme in a new, unrelated key. These spatial effects don’t rely on obvious echoes, but they owe as much to past generations of antiphonal trailblazers as the more subtle canons and loudsoft alternations that enliven the entire symphony’s intricate orchestration.

Violin Concerto brings together my influence by non-Western traditional music, especially Balinese gamelan music, and my friendship with violinist Kristin Lee. The initial idea for the work began during rehearsals for the premiere of my Piano Concerto in 2009, in which Kristin was the concertmaster of Metropolis Ensemble. Ever so enthusiastic, she suggested how it would be wonderful for me to write a concerto for her. Fast forward a year, and the concerto commission falls into place through the generosity of the DeRosa family.

I started to think seriously about the concerto in the summer of 2010 at the same time as I was preparing for a tour of Bali with the Balinese gamelan with which I have performed for the past three years. The gamelan sonorities ringing through my head were a natural inspiration for me, but just as meaningful was Kristin’s desire to come with me for part of the Bali tour. She wanted to witness first-hand the sounds that have moved me, and wanted to understand where my ideas came from. Upon my return to my home in New York, I started writing in July and finished by October. The Concerto draws on the sights, sounds, and memories of Bali that have remained in my heart from the tour, as well as my getting to know Kristin, her firebrand style of playing, and, complementing that, the intense lyricism that she expresses as well.

The work is in one continuous movement with several sections. It starts off high and soft, with bird-like whistles in the strings and eventually culminates in an increasingly driving transition, topped off with a kebyar-like phrase in the orchestra. The first fast section begins with odd meters and jaunting rhythms in the solo part. A “ghostly” slow section follows, featuring eerie harmonic string writing, and eventually the music accelerates into a second fast section with the solo violin displaying virtuosic moto perpetuo passages. At the climax of this section, an involved cadenza grows toward one of the highest pitches on the violin with the instruction, “play like a rock star.” In the penultimate section of the concerto, the soloist is repeatedly interrupted by the orchestra while quoting from a Javanese folksong called “Puspawarna.” Eventually, the full texture of this melodic section subsides and the concerto ends as it began, with birdlike whistles fading into ascending glissandi.

The inspiration for Vitrales de ámbar (Windows of Amber) originated from two sources. The first was my request for the talented Mexican writer Monica Sanchez to write a series of small poems to describe the migration of monarch butterflies. The second has to do with a moving ABC news article published on November 20, 2008, which my dear friend Dr. Marianne Kielian-Gilbert sent me that discussed a woman’s encounter with a wounded monarch in New York State. Upon finding the wounded butterfly, she repaired its broken wing, nursed it back to health and brought it to Florida, with the help of a truck driver, in order to assist it in finishing its migration to the state of Michoacan, Mexico. The beauty of Monica’s poems and the tenderness of the article gave me countless musical ideas. In addition, the work is inspired by my memory of seeing thousands of butterflies creating a vibrant and translucent texture in the sky during a trip we made with my daughter Elena, then six years old, to Angangueo, Michoacan, to see the arrival of the monarch butterflies. In Vitrales de ámbar all these feelings and creative impulses are translated into musical prisms that intertwine and transform, creating a kind of musical kaleidoscope. The work was commissioned by Veronique Lacroix and the Ensemble Contemporain de Montréal.

After studying in France for three years, Aaron Copland returned to the United States with a stark and spiky musical language steeped in Parisian influences. He moved away from those European conventions in the early 1930s, and he soon found his iconic American voice through explorations of local folk music. A campy orchestra work from 1936, El Salón México, brought Copland his first broad success. Two major ballets set in the American West followed: Billy the Kid (1938) and Rodeo (1942). Copland further refined his American style, musically and culturally, with two orchestral works from 1942, Lincoln Portrait and Fanfare for the Common Man.

Copland began his crowning work of Americana, Appalachian Spring, in 1943. The dancer and choreographer Martha Graham asked him to compose a ballet score, with the commission funded by Elizabeth Sprague Coolidge. Copland kept Graham’s style in mind: He saw “something prim and restrained, simple yet strong about her, which one tends to think of as American.” He worked under the title Ballet for Martha until not long before the premiere, when Graham suggested Appalachian Spring, borrowing the phrase from Hart Crane’s poem “The Bridge.” The writer Edwin Denby summarized the scenario for the original program notes:

“A pioneer celebration in spring around a newly-built farmhouse in the Pennsylvania hills in the early part of the last century. The bride-to-be and the young farmer-husband enact the emotions, joyful and apprehensive, their new domestic partnership invites. An older neighbor suggests now and then the rocky confidence of experience. A revivalist and his followers remind the new householders of the strange and terrible aspects of human fate. At the end the couple are left quiet and strong in their new house.”

Appalachian Spring debuted on October 30, 1944, in Washington, D.C. The limited dimensions of the Library of Congress’s 500-seat auditorium dictated a small ensemble, so Copland’s score used just thirteen instruments. Appalachian Spring earned Copland the Pulitzer Prize in 1945, cementing his reputation as the leading composer of his generation.

Copland built the unmistakable sound world of Appalachian Spring mostly out of simple and familiar musical materials. The first section builds a hazy wash of consonant sonorities, especially triads and the open intervals of fourths and fifths. The following section energizes similarly basic materials—octave leaps, triadic intervals and descending major scales—into spry dance music. The scoring emphasizes crisp and brilliant colors, with emphasis on the piano. There is a tender scene for the young couple, a lively romp depicting the revivalist and his dancing minions, and a brisk solo dance for the bride, which dissipates into a return of the gentle, triadic wash of the beginning.

The famous section that follows, starting with a theme in the clarinet, presents the tune of Simple Gifts, a Shaker dance song written in 1848 by Joseph Brackett. The folksy melody fits seamlessly into the homespun, diatonic language of Copland’s score, and the increasingly grand variations build the ballet to its transcendental climax. A prayer-like chorale provides a final coda.

Conductor Steven Schick returns for a second week to lead this program, which opens with Haydn’s forward-looking Symphony No. 80. Rising star Kristin Lee joins the orchestra for the first time to perform Vivian Fung’s gamelan-inspired Violin Concerto, composed for Lee in 2011. The second half of this program features prominent Latina composer Gabriela Ortiz’s thrilling Vitrales de ámbar alongside Aaron Copland’s Appalachian Spring, one of the most beloved works in the chamber orchestra repertoire.