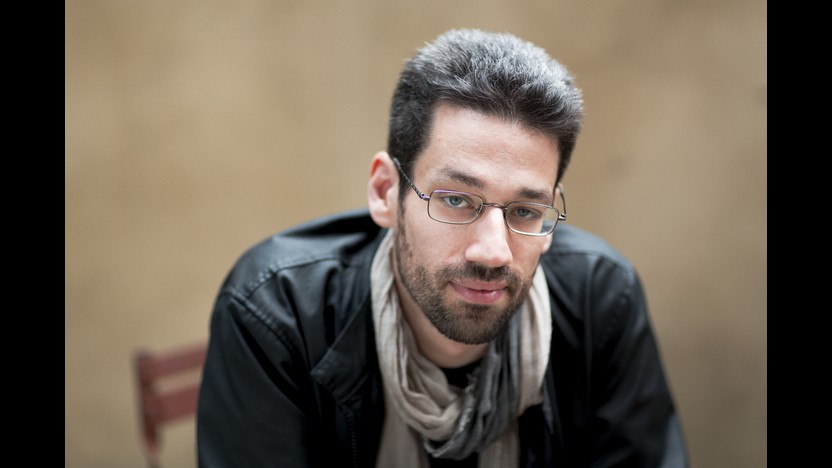 At the start of World War I, the 39-year-old Maurice Ravel volunteered as a truck and ambulance driver, forcing him to set aside Le tombeau de Couperin, a work-in-progress for solo piano honoring the French Baroque composer François Couperin. By the time Ravel finished the suite in 1917, it had acquired a more personal meaning, with each of the six movements dedicated to friends killed in the war.

Ravel transcribed four of the movements for chamber orchestra in 1919. Starting with the fluid melody of the Prélude, the oboe has an outsized role in the orchestration, echoing its prominence as a solo instrument in the Baroque era. Ravel dedicated this movement to Lieutenant Jacques Charlot (the godson of his music publisher), who died in battle in 1915.

The second movement, a Forlane, is based on a lively and flirtatious couple’s dance that entered the French court via northern Italy. Ravel sketched this movement before the war and subsequently dedicated it to the Basque painter Gabriel Deluc, who was killed in 1916.

The oboe returns to the fore in the Menuet, a French dance distinguished by its stately, three-beat pulse. Ravel dedicated this section to the memory of Jean Dreyfus, whose stepmother, Fernand Dreyfus, was one of Ravel’s closest confidantes during the war.

The Rigaudon pays tribute to two family friends of Ravel: Pierre and Pascal Gaudin, brothers killed by the same shell on their first day at the front in 1914. When faced with criticism that this unabashedly upbeat movement was too cheerful for a memorial, Ravel purportedly responded, “The dead are sad enough, in their eternal silence.”

Beethoven completed his fifth and final piano concerto during the miserable summer of 1809, when Napoleon’s army occupied Vienna for the second time in four years. By the time of the premiere two years later, Beethoven’s hearing had deteriorated so much that he could not perform the concerto himself. Having filled the void left by Mozart’s death, Beethoven’s long run as the leading pianist-composer in Vienna had officially come to an end.

The Piano Concerto No. 5 is in many ways a sibling to the earlier “Eroica” Symphony, also in the key of E-flat. In the case of the concerto, Beethoven had no part in the nickname—“Emperor” came later from an English publisher—but both works share a monumental posture and a triumphant spirit. Beethoven dedicated the concerto to the Archduke Rudolph, the youngest brother of the Austrian emperor Franz. More than just a patron, Rudolph was a piano student of Beethoven’s and the two maintained a warm friendship until the composer’s death.

The “Emperor” Concerto begins at a climax: the orchestra proclaims the home key with a single chord and the piano leaps in with a virtuosic cadenza. The ensemble holds back its traditional exposition until the pianist completes three of these fanciful solo flights, the last connecting directly to the start of the movement’s primary theme. It is a remarkable structure for a concerto, with an assurance of victory, as it were, before the battle lines have been drawn. Even once the piano returns, the movement continues in a symphonic demeanor, forgoing a standalone cadenza in favor of solo escapades that integrate deftly into the forward progress of the form.

The slow movement enters in the luminous and unexpected key of B major with a simple theme, first stated as a chorale for muted strings. The piano plays a decorated version over pizzicato accompaniment, and woodwinds later intone the same theme, supported by piano filigree and off-beat string pulses.

The transition back to the home key for the finale is brilliantly understated, pivoting on a held note that drops a half-step to set up the piano’s entrance. The upward arpeggio of the main theme generates extra propulsion through its unexpected climax on an accented off-beat, injecting a dash of Haydn’s humor into a score that has all the power and majesty of Beethoven in his prime.

Join us for a special pre-concert happy hour with FREE beer from Saint Paul's own Tin Whiskers Brewing Company, then bring your drinks into the Ordway Concert Hall for a one-hour performance. Pianist Jonathan Biss returns to the Ordway Concert Hall for Beethoven’s final piano concerto, the mammoth Emperor Concerto. Le tombeau de Couperin, Maurice Ravel’s homage to the baroque master Francois Couperin, serves as a counterpoint to the Beethoven and features the SPCO winds performing sweeping and colorful melodies.

Please be aware that there will be heavier than normal traffic in downtown Saint Paul prior to our THURSDAY, FEBRUARY 1 Happy Hour concert on for events surrounding the SAINT PAUL WINTER CARNIVAL