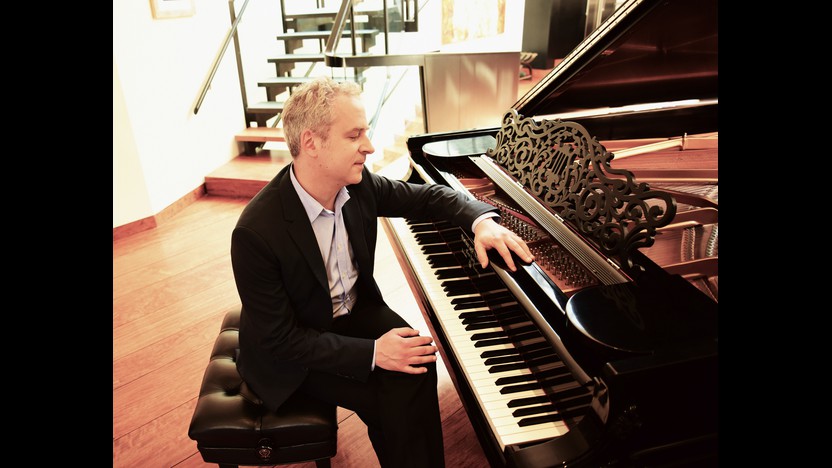 Johann Sebastian Bach spent most of his professional life in church positions, responsible for composing sacred music for weekly services and special events. One of the few periods in which Bach focused on secular music began in 1717 with his move from Weimar to the liberal, open-minded court of Prince Leopold of Anhalt-Cöthen, who gave Bach both the freedom to explore instrumental forms and a talented ensemble to perform the new works. Compositions from this period include the Brandenburg Concertos, most of the suites for solo instruments, and many lost concertos.

Church duties again consumed Bach after he moved to Leipzig in 1723, but in 1729 he found a new secular outlet as director of the Leipzig Collegium Musicum, an ensemble of professional and amateur musicians that performed weekly concerts. To meet the high demand for music, Bach regularly mined his catalog of old compositions, especially the instrumental music from Cöthen. At least six concertos were recast for harpsichord, presumably to capitalize on the wealth of keyboard virtuosos—Bach and his sons—in the Collegium’s ranks.

Of the six solo keyboard concertos Bach compiled around 1738, the fifth, in F minor, is the shortest. The outer movements probably came from a lost violin concerto, and the middle movement reworked the Sinfonia from a 1729 cantata, Ich steh mit einem Fuß im Grabe, which itself likely stemmed from an even earlier oboe concerto. The opening movement is a prime example of the ritornello approach to concertos that Bach adopted from Vivaldi; thick tutti statements by the orchestra anchor the form and surround the light-textured, developmental solo flights. The Largo unfurls long skeins of colorfully ornamented melody, winding over a delicate backdrop of pizzicato strings and halting on an unresolved chord that leads directly into the Presto finale. In contrast to the rolling continuity of the Largo, the finale emphasizes fragmented motives and echoes that seize upon forte and piano contrasts.

Leoš Janáček was born into a musical family in Moravia, a region that now forms the eastern portion of the Czech Republic. At age eleven, he left home for the Queen’s Monastery in Brno, where he excelled as a chorister. After studies in Prague and Vienna, he established himself in Brno as a teacher, choir director, critic, and musicologist. The 1904 premiere in Brno of his second full-length opera, Jenůfa, did little for his composing career, but a revival staged in Prague in 1916 finally pushed Janáček into the international limelight.

Chamber music represents a tiny sliver of Janáček’s output compared to his operas and other vocal music, but it has been central to his lasting reputation. The Violin Sonata, first composed in 1914-15 and then revised before the public debut in Brno in 1922, distills Janáček’s distinctive melodies and dramatic pacing into a taut and focused dialogue for piano and violin. The sonata’s most salient trait is how determined it is to interrupt itself, volleying from one imploring theme to the next. This style has less to do with traditional sonata construction and has more in common with the speech-like phrases in Janáček’s operas. In the first movement, related patterns of intervals (built around the pitches D-flat, E-flat, and A-flat) unite the brittle themes. The second movement, labeled a Ballada, is more flowing and tuneful, although it is still quick to change directions and moods.

The Scherzo third movement, an insistent march riddled with piercing descents, re-uses the same intervals that shaped the first movement, transposed to a different key. The final chord re-enters quietly as the start of the Adagio finale, the most enigmatic movement of the sonata. The violin obsesses over a chattering phrase, each return erasing its attempts to embrace more tender alternatives.

Janáček composed Mládí in 1924, around the time of his 70th birthday, and during the interval between two operas that have become repertoire staples: The Cunning Little Vixen and The Makropulos Affair. Mládí (Youth) looked back at the composer’s own childhood, with folk-like tunes and lighthearted melodies rendered in the breezy tones of a wind sextet. In his operas, Janáček mastered the technique of shaping his vocal lines to the natural contours of the spoken word; he utilized the same principle in this instrumental work, shaping the main theme to match the tone of the phrase, “Mládí, zlaté mládí!” or, “Youth, golden youth!” This figure reappears throughout the suite, imparting a playful, almost teasing tone. The second movement, in an Andante sostenuto tempo, is the most reserved, with its modal melody first intoned by the bassoon alone. The third movement borrows a piccolo themes from a short work Janáček composed earlier in 1924, “March of the Blue Boys,” a reference to the blue uniforms he wore along with other young choristers. The finale spins out new possibilities from the “Youth, golden youth” gesture while requiring the winds to execute virtuosic, rapid-fire tonguing.

The Keyboard Concerto No. 1 is another transcription Bach made for the Collegium Musicum in Leipzig. The source material has been lost, yet it is an easy guess that the solo part originated on the violin; one need only hear the patterns of repeated D’s, A’s and E’s in the first movement to recognize typical violin passages designed around open strings.

The first movement introduces a quintessential Bach theme, first declaimed in a stout unison. The six dense measures ratchet up the tension in a series of dramatic, rising leaps, withholding the resolution back to the home key. When the awaited chord finally arrives, the soloist launches into ornate figurations that hold fast to the hard-won D minor. This collision of materials plays out with incredible drama in the ensuing ritornello form, alternating returns of the main theme (in various keys) with fluid solo episodes.

The Adagio movement also begins in unison, with another minor-key line full of inner dialogue and heavy emotion. This time, the piano follows with a delicate new right-hand melody superimposed over the same bass material. The soloist continues to spin serpentine phrases over recurring, pulsing shapes, until rejoining the ensemble for a solemn unison ending.

Pianist and MacArthur Fellow Jeremy Denk’s interpretive imagination is unparalleled. He incites renewed love for pieces commonly played in the repertoire and shines new light onto works less popular. Denk is particularly known for his love of the Baroque repertoire and the contrapuntal genius of Bach. The New York Times called Denk a musician “you want to hear no matter what he performs.” Steven Copes partners with Denk on this program to perform Janáček’s haunting yet beautiful Violin Sonata.