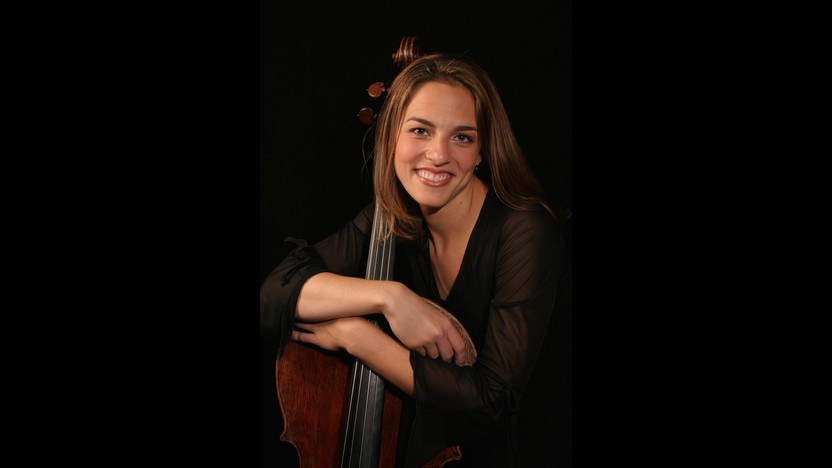 Haydn’s patron, Prince Nikolaus Esterhazy, was an avid musician and a true supporter of the arts, but he kept his Kapellmeister on a tight leash. Haydn initially had very little freedom to spread his music outside of the court, and he spent as many as ten months of each year sequestered at the prince’s isolated summer palace, producing dozens of opera performances and other entertainment. In 1779, Haydn finally negotiated a new contract that gave him more leeway to compose and publish independently, and soon his music was attracting followers throughout Europe.

One foreign admirer was a young French count, Claude-François-Marie Rigolet, who commissioned six symphonies that Haydn composed in 1785 and 1786. These “Paris” Symphonies earned Haydn the handsome sum of 25 louis d’or each, plus additional fees for publication. (By comparison, Mozart earned only 5 louis d’or for his “Paris” Symphony from 1778.) On the success of the six original works for Paris, the same patron asked Haydn for another set of three symphonies, which became Nos. 90-92, Haydn’s last symphonies before his twelve legendary works for London.

Haydn’s “Paris” symphonies capitalized on the large orchestra employed for the Concerts de la Loge Olympique, an ensemble that far outnumbered the private Esterhazy ensemble. It must have had quite an impact when the orchestra struck up the first performance of the Symphony No. 83 in 1787, conducted by its famous mixed-race maestro, Joseph Bologne, Chevalier de Saint-George. The symphony enters with the entire orchestra cranked up to a fortissimo dynamic, and the G-minor harmony is made all the more striking when the melody lands on a pungent C-sharp in the second measure. The secondary theme, by contrast, is full of humor and good cheer, with clucking grace notes and a honking oboe solo that earned this symphony its nickname, “The Hen.”

The Andante movement, built around a motive of a repeated note, is incredibly smooth and placid, except for a few surprisingly loud and jolting outbursts. The Menuet continues in high spirits; here the joke is a matter of displaced phrasing, with the main gesture of three descending notes entering on different beats. The Finale has its own bold strokes, including a passage in the development section that has the first violins coursing in constant motion while everyone else hammers out accented chords. Several incongruous pauses near the end show that Haydn’s wit is just as effective when applied gently.

Tchaikovsky composed the Variations on a Rococo Theme in December of 1876, amid the turmoil of a failed opera production in Saint Petersburg and a particularly nasty review in Vienna from the feared critic Eduard Hanslick. Prone to insecurity even at the best of times, Tchaikovsky asked for advice from the new work’s intended cello soloist, Wilhelm Fitzenhagen. Just 28 years old, Fitzenhagen was a professor at the Moscow Conservatory and principal cellist for the Imperial Russian Music Society. He also fancied himself a composer, and his “corrections” to the work of his well-established colleague show surprising aplomb.

Fitzenhagen rearranged the order of the variations, removing one entirely, and he rewrote most of the solo part. Tchaikovsky accepted the changes, and the hybridized version entered the popular canon, thanks to Fitzenhagen’s numerous concert appearances and an 1889 publication. Modern scholarship (aided by X-rays) revealed Tchaikovsky’s original music under Fitzenhagen’s emendations, and a reconstructed version debuted in Moscow in 1941. By then Fitzenhagen’s edition had cemented its reputation among cellists and audiences, and it continues to be the customary choice for performances.

Tchaikovsky’s title is a bit misleading, since his “Rococo theme” is his own original invention, and it is more aligned with Mozart and the Classical era than actual Rococo style. (Arising in France in the early eighteenth century, Rococo emphasized opulence and glamour, from gilded palaces to the trill-happy music of Couperin.) Following a stately orchestral introduction, the cello introduces the light-stepping “Rococo” theme, balanced in two repeated sections. The theme ends with a passage of adventurous harmonies, first in the winds alone and then shifting to the strings. That material returns various times to link the connected variations, and it brings Tchaikovsky’s rich Romantic voice into dialogue with the lean Classical ideals explored elsewhere in the work.

The first two variations maintain the theme’s flavor and pulse, adding increasing decoration and commentary, until the third variation breaks away to a gentle, singing melody. The fourth and fifth variations return to an outgoing, virtuosic character, culminating in an extended cadenza. The sixth variation, a minor-key Andante, bookends the earlier slow section, and trails off in an ascent of ethereal harmonics. Following the work’s only pause, the final variation enters with a rustic, throbbing intensity that builds through quick call-and-response phrases and breathless figurations, linking directly to the energetic coda.

As of 1902, Igor Stravinsky was a young law student whose musical pursuits amounted to some piano lessons and a year of private theory training. As he began to think more seriously of a life in music, he arranged to show some of his scores to Nikolai Rimsky-Korsakov, the leading teacher and tastemaker in Saint Petersburg. Rimsky-Korsakov accepted Stravinsky as a private student, steering him away from the conservatory, where the untrained 20-year-old would have stuck out.

It was at one of the regular Wednesday gatherings at Rimsky-Korsakov’s house where Stravinsky introduced the Pastorale, a song without words for violin and piano from 1907, which was sung by (and dedicated to) Rimsky-Korsakov’s daughter, Nadezhda. Several months later, the Pastorale was featured on a Saint Petersburg series called Evenings in Contemporary Music, marking Stravinsky’s public debut as a composer.

Stravinsky still thought enough of his early Pastorale that he arranged it in 1923 for soprano with a chamber ensemble of oboe, English horn, clarinet and bassoon. Then he dusted it off again in 1933, when he was preparing recital repertoire for the tours he undertook with violinist Samuel Dushkin, substituting the violin for the soprano in both versions of the work.

The short Pastorale, with its droning harmonies, dry textures and folk-like melodies decorated with sensuous trills, offers a glimpse into Stravinsky’s neoclassical future. The scholar Richard Taruskin made a compelling case that Stravinsky, a few months before composing the Pastorale, likely attended the Saint Petersburg debut of harpsichordist Wanda Landowska, giving him his first true taste of a musical tradition that would figure so prominently in his future works.

Wolfgang Amadeus Mozart spent much of his youth traveling through Europe and performing in circumstances arranged by his enterprising father, Leopold. Their last major trip together took them through Italy for over a year, until they returned to Salzburg in December of 1771. This period marked a turning point for Mozart, for at fifteen he was getting a little old to be paraded around by his father as a child prodigy. During the next years in Salzburg, despite tensions with a new Archbishop (who controlled the court’s musicians) and an uncertain professional future, Mozart composed mountains of music, and in the process he matured from a precocious youth to the genius we now recognize.

About half of Mozart’s symphonies dated from the period between 1771 and 1774, including the Symphony No. 29 in A that he wrote near the end of that surge, at the age of eighteen. To begin the Allegro moderato first movement, a distinctive theme built around downward leaping octaves glides over a gentle chorale accompaniment at a piano dynamic. As might be expected, this material repeats at a firm forte dynamic, but the surprise is that it adds a layer of contrapuntal complexity, with the low strings chasing the violins on the same material but delayed by two beats. This heightened focus on layering and counterpoint runs throughout the symphony, as in the Andante second movement, which waits only four measures before adding a bouncing countermelody to the dignified violin theme.

Opening and closing with Classical symphonies of a young Mozart and his mentor Haydn, this program offers an array of works spanning the 18th through 20th centuries. At the heart of the program, SPCO Principal Cellist Julie Albers is featured as soloist in Tchaikovsky’s Rococo Variations, a Romantic exploration of an ornamented Baroque theme. Stravinsky’s Pastorale for Violin, Oboe, English Horn, Clarinet and Bassoon highlights the individual talents of a quintet of SPCO musicians.