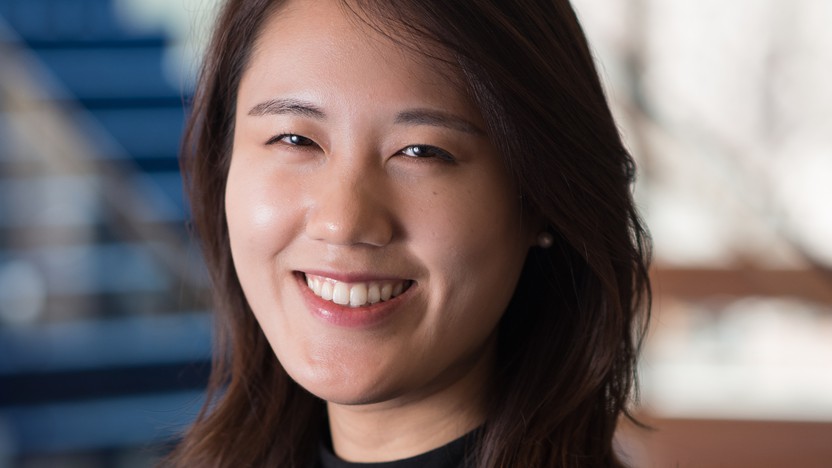 Owing to his limited output and a life and career shortened by illness, Austrian composer Hugo Wolf is inevitably overshadowed in the annals of music history by such names as Wagner (whom he admired), Mahler (his old chum from their days at the Vienna Conservatory), and others. But alongside those towering figures, Wolf warrants attention as one of late Romanticism’s quintessential voices. In seeking an art “written with blood,” Wolf developed a distinct personal style, characterized by a piercingly expressive tonal and harmonic language.

By the end of the nineteenth century, Wolf had achieved considerable renown. But at the age of 37, he suffered a dramatic mental deterioration, stemming from the tertiary syphilis that would eventually claim him. His delusional behavior played out publicly: a well-documented incident of the demented composer playing for friends inspired a similar scene in Thomas Mann’s Doktor Faustus. Wolf committed himself to an asylum in 1898 and died there five years later.

Beyond his catalog of songs, Wolf’s oeuvre is relatively modest. The small amount of orchestral music he produced is mostly lost or incomplete; his surviving chamber music comprises four string quartets. Of these, the Italienische Serenade has enjoyed the most lasting popularity.

Wolf sketched the delectable single-movement Serenade between May 2 and May 4, 1887. Contrary to the grave pathos and Sturm und Drang more immediately associated with the Romantic period, Wolf’s ebullient quartet illustrates another facet of Romanticism: the Italienische Serenade speaks to an ecstatic love of life, blind to any notion of despair. Known to be enamored with the vivid beauty of the Italian landscape, Wolf aimed to capture sonically the refreshing essence of (as he called it) “the South,” not only in this work but also in his Italienisches Liederbuch, a collection of forty-six songs. Fittingly, a spirited humor and animated joie de vivre charge the Italienische Serenade immediately from its opening measures. While the lower strings set the stage, the first violinist quietly taps the open strings of the instrument, as if tuning before the actual performance gets underway. The viola admonishes with a vulgar dissonance, and the Serenade begins.

The German composer Max Reger, one of Wolf’s most avid posthumous champions, prepared his colorful orchestration of the Italienische Serenade in 1903, the year of Wolf’s death.

The initial inspiration for this piece came from Frank Lloyd Wright’s stained glass window designs, which he termed “light screens.” These designs use simple shapes like the square and the rhombus in repetitive patterns, and they often feature a lively dynamic of asymmetry between areas of intense geometric activity and expanses of largely empty space.

Light Screens was originally written for flute and string trio. It was later transcribed for string quartet and taken up by the Ives and Cassatt Quartets.

Few musical figures exercised greater influence on American concert life in the first half of the twentieth century than the Russian-born conductor Serge Koussevitzky. Koussevitzky is most highly celebrated for his tenure as music director of the Boston Symphony Orchestra from 1924 to 1949, in which position he ranked alongside Leopold Stokowski and Arturo Toscanini as the most prominent conductors in the United States. He distinguished himself especially through his support of contemporary music; Koussevitzky led premiere performances of works by Stravinsky (including the Symphonies of Wind Instruments and Symphony of Psalms), Prokofiev (Violin Concerto no. 1), Ravel (Piano Concerto), Barber, Copland, Gershwin, and many more. The establishment in 1940 of the Tanglewood Music Center, the Boston Symphony’s summer home and one of this country’s most important music educational institutions, is likewise an integral part of Koussevitzky’s legacy.

Before taking up the baton, Koussevitzky led a healthy career as a double bassist. He took up the instrument as a teenager and became proficient enough to be appointed Principal Bass of the Bolshoy Theater orchestra in 1901. His concertizing during these years often featured his own original compositions and arrangements.

Koussevitzky composed his Concerto for Double Bass in 1905, apparently with the help of the more accomplished composer Reinhold Glière. Koussevitzky premiered the concerto in Moscow and subsequently performed it in Germany, Paris, and Boston. It thereafter remained unperformed, as Koussevitzky turned exclusively to conducting and delayed publication of the score; the concerto would be restored to the repertoire only several years after the composer’s death.

Betraying little of the conductor Koussevitzky’s later penchant for contemporary fare, the concerto offers a paean to late Russian Romanticism. The work audibly demonstrates the influence of Tchaikovsky; in the dynamic between soloist and orchestra, traces of Dvorák’s Cello Concerto might also be heard. The Allegro first movement begins with a bold, declamatory call-and-response theme between orchestra and soloist. With the introduction of a second musical idea, the bass is given a lyrical voice: Koussevitzky’s use of its upper register and, later, virtuosic passagework are uncommon to the instrument, though certainly appropriate to the concerto medium.

The music proceeds attacca to the second movement Andante, which further explores the double bass’s capacity for cantabile lyricism, highlighted by the delicate pairing of the harp with the solo instrument’s tenor register. The Allegro finale revisits the first movement’s opening theme, propelling the Concerto to its dramatic conclusion.

Mozart’s hallowed final triptych of symphonies—No. 39 in E-flat, No. 40 in G Minor, and No. 41 in C, Jupiter—represent the pinnacle of the composer’s orchestral art. Each of these is uniquely remarkable for its colorful orchestration, variety of musical characters and textures, harmonic inventiveness, and sheer wealth of thematic ideas. Among the three, George Grove singled out the Jupiter as “the greatest orchestral work of the world which preceded the French Revolution.”

The symphony was likely nicknamed “Jupiter” by Johann Peter Salomon, the impresario who brought Haydn to London in that composer’s later years. It is an utterly appropriate descriptor for the symphony’s incandescent majesty. Jupiter opens with a forceful gesture, followed immediately by a lyrical utterance; over the course of the Allegro vivace, Mozart alchemically integrates these energies, revealing them to be complementary elements of a unified impulse. The movement’s exposition features a tuneful coda, based on Mozart’s concert aria “Un bacio di mano.” Of seemingly little consequence on its first appearance, this innocuous melody, evoking a Hansel or Gretel walking through the woods, becomes the catalyst for a turbulent development section.

In Manhattan, Woody Allen famously ponders why life is worth living, then lists “certain things that make it worthwhile: Groucho Marx. Willie Mays. The second movement of the Jupiter Symphony.” Marx and Mays aside, this assessment of Mozart is hardly hyperbolic: the Andante cantabile is a movement of staggering beauty. Here, Mozart depicts rapturous joy and piercing heartbreak, both with breathtaking restraint, as if the two extremes are separated by the softest whisper. The Allegretto is a minuet—a distinctly different musical statement, but nevertheless of equal delicacy to the gossamer second movement.

The Symphony concludes with a finale of remarkable inventiveness: an ingeniously conceived matrix of closely related themes, interwoven near its end into a five-voice fugato passage. Grove writes, “it is for the finale that Mozart has reserved all the resources of his science, and all the power, which no one seems to have possessed to the same degree with himself, of concealing that science, and making it the vehicle for music as pleasing as it is learned. Nowhere has he achieved more.”