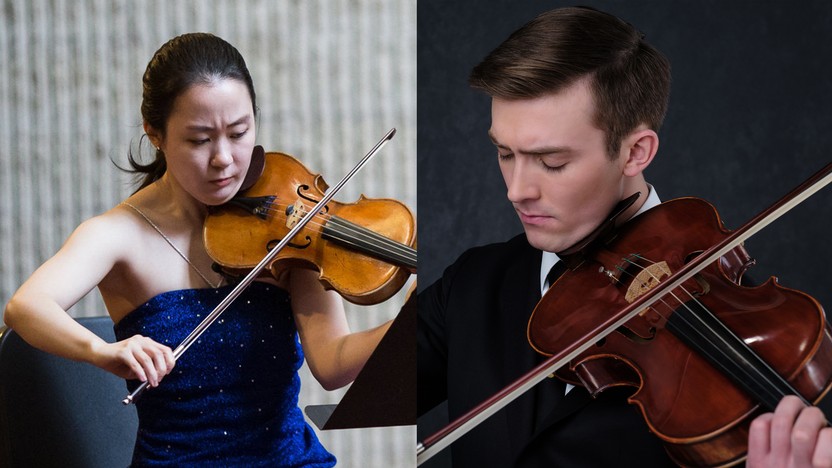 In 1782, Franz Joseph Haydn wrote a set of three symphonies (numbers 76-78) that he intended to have performed in England. These were the first of the “father of the symphony’s” orchestral works to be conceived of as a set for publication, and they were also the first since 1761 to be written for an audience abroad. Haydn’s trip to London fell through, however, and he sent the symphonies to his Parisian music publisher the next year.

These three symphonies codified Haydn’s developing popular intellectual style, which combined catchy melodies with clever manipulations of form, harmony, and counterpoint. Haydn himself described them as “beautiful, magnificent and by no means over-lengthy…very easy, and without too much concertante.”

Only eleven of Haydn’s 108 symphonies are written in minor keys, including Symphony No. 78. This was the first symphony to be written in a minor key after his Sturm und Drang (storm and stress) period. However, much of Symphony No. 78 is in major tonal centers, thereby obscuring the profundity often associated with minor works at this time.

The stoic and jagged opening theme of the first movement suggests that this work will continue in Haydn’s Sturm und Drang style, a proto-Romantic movement in German literature in which extreme emotions are freely expressed. Artistic works in this style were conceived as a reaction to the perceived constraints of Enlightenment rationalism. Yet the somber opening theme of Symphony No. 78 quickly gives way to music that is much brighter, indicating that this symphony is going to portray a number of contrasting affekts or characters.

The slow second movement unfolds as a gentle drama, which creates a sense of reflection or nostalgia. This is immediately followed by a lively and humorous Minuet and Trio, which contains sudden shifts between loud and soft dynamics. Major and minor keys are alternated between sections of the lively variation-rondo finale. As the movement progresses, Haydn uses sudden silences, changes in key, and imitative counterpoint to heighten the angst. A festive coda concludes the work in the cheerful key of C major.

Doubling Back is a reimagining and expansion of my duo Circling Back for Oboe and Cello, commissioned by The Saint Paul Chamber Orchestra in 2021. In some ways, it’s similar to its predecessor: the pieces share the same melodies, harmonies, and structure. However, the larger ensemble of Doubling Back allows for a broader range of textures and variation, and the piece is therefore a deeper exploration of material I enjoyed writing the first time around. Revision and adaptation have long been parts of my compositional process, and this quintet is an emblem of what can happen when you double back on your own musical material.

The first premiere in our new Sandbox composer residency program, Viet Cuong’s Doubling Back, is an expanded version of his piece Circling Back for Oboe and Cello, commissioned by the SPCO in the digital 2020.21 season. The Sandbox program was partially influenced by Franz Joseph Haydn’s time embedded with the Esterházy court orchestra, and this program opens with Haydn’s Symphony No. 78, one of the pieces written during that period of great growth for the composer. Closing out the program is one of Wolfgang Amadeus Mozart’s most well-known virtuosic pieces, the Sinfonia concertante for Violin and Viola, featuring the debut of the SPCO’s new violist Daniel Orsen as soloist with violinist Eunae Koh.