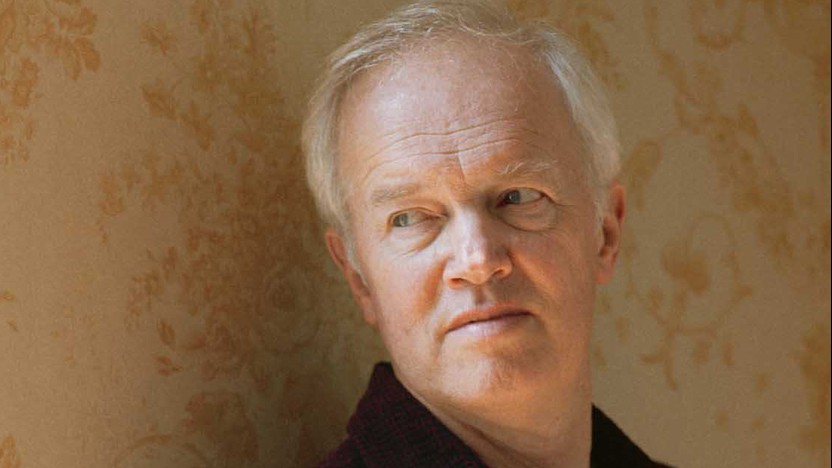 From 1723 until his death in 1750, Bach directed music for the principal churches of Leipzig. While his church duties required him to compose mostly sacred music, he found a secular outlet in the Collegium Musicum, an amateur ensemble originally founded by Georg Philipp Telemann (1681-1767) during his student days. Bach wrote four Orchestral Suites—or Ouvertures, as he called them—for the Collegium Musicum, including the Orchestral Suite No. 4 in D major, composed around 1725. (The numbering of the suites, incidentally, has no relationship to their chronology; the first and fourth suites are the earliest, from around 1725, the third dates to circa 1731, and the second probably appeared in 1739.)

The Fourth Orchestral Suite opens with an Overture modeled after the French style. It launches into a grand introduction built from dotted rhythms, continues with a fast fugue in a rolling 9/8 meter, and recaps the slower, ceremonial music at the end. As was often the case, Bach repurposed this secular music for a sacred work, the Cantata Unser Mund sei voll Lachens (BWV 110) that he introduced on Christmas day in 1725.

The middle movements of the suite constitute a series of dances borrowed from French court traditions. The Bourrées are arranged in a da capo pairing, in which the music returns “to the head” (da capo in Italian) of the first dance at the end of the second. Both sections incorporate fanciful accompaniment figures that nearly outshine the foreground themes—a rising triad in the first Bourrée, and scurrying sixteenth-notes in the second. The Gavotte features a heavy pulse of two beats per measure, with the introductory upbeat of each phrase emphasized. The bass instruments are the first to introduce a quick, galloping figure that circulates through the orchestra and enlivens the stout cadence of the music. The Menuets form another da capo set, elaborating the elegant dance style in 3/4 meter. The trumpets and timpani sit out both Menuets, and the second Menuet thins the texture further, leaving just strings and harpsichord. The brief absence of the trumpets and timpani makes their entrance all the more brilliant at the start of the closing Réjouissance [rejoicing], a buoyant form associated with celebrations.

Two of Salzburg’s most powerful families joined for the wedding of Elisabeth Haffner and Franz Xaver Späth on July 22, 1776. The bride’s father, Sigmund Haffner, had been a wealthy businessman and the town’s mayor; after his death in 1772, his son (also Sigmund) took charge of the family’s affairs, including his sister’s wedding.

The younger Sigmund Haffner asked his friend since childhood, Mozart, to contribute party music for the opulent festivities. Mozart responded with an eight-movement Serenade in D major, a work of unprecedented scope and sophistication in a genre that most composers of the day treated as disposable background music. The Haffner Serenade debuted the night before the wedding, with Mozart likely conducting and playing the solo violin part himself. Recognizing that this serenade warranted more than a single use, Mozart and his father, Leopold, bundled the five movements without solo violin into a symphony, adding only a part for timpani (written in Leopold’s hand). Mozart performed the new “symphony” at least twice in the following years. It should not be confused with the later Haffner Symphony No. 35, extracted from a different serenade written for Sigmund’s ennoblement in 1782.

The Haffner Serenade’s opening movement has a celebratory, regal character befitting its original function. Perhaps Mozart turned heads with the tense development sequence of unstable dissonances and minor chords, but the music circles back to the main theme so deftly that the disturbance is instantly forgiven.

The next three movements feature a solo violin, essentially creating a small concerto within the larger form of the serenade. (Even the key settings—outer movements in G major surrounding the minuet in G minor—set these movements apart from the bulk of the D-major serenade). In the ambling Andante movement, the violin weaves florid trills and arpeggios among arioso melodies. The soloist leaves the sober minuet to the orchestra but rises again in the contrasting trio section, joined only by the woodwinds for an airy, G-major escapade. A vibrant Rondo concludes the violin showcase—as well as the present performance, which features the first four of the Serenade’s eight movements.

The Fifth Symphony comes from the heart of Beethoven’s “middle” period, a phase when his encroaching deafness changed his relationship to composing and performing, and when the crystalline classicism of his early works gave way to a more focused and concentrated manner of writing. Rather than issuing flowing melodies, Beethoven’s quintessential works from this period build highly integrated forms out of compact, elemental materials.

The most famous musical nugget Beethoven ever conceived — perhaps the most recognizable motive ever penned by a composer — comes at the start of the Fifth Symphony, when the orchestra delivers four unadorned notes: three short repetitions of G dropping to a sustained E-flat, representing two notes from the home triad of C minor. This one motive fuels the entire first movement based in Beethoven’s favorite key for stormy and fateful music, and traces of it return later in the symphony.

The second movement features a double set of variations, alternating the development of two contrasting themes. Some of the accompanying rhythms echo the short-short-short-long rhythmic pattern from the first movement, contributing to the symphony’s organic cohesion.

The Scherzo retreads the central tonal conflict of the work, juxtaposing a moody first theme in C minor and a spry fugal section in C major. A coda builds tension that releases directly into the triumphant finale, anchoring the redemptive new key of C major with the added brilliance of piccolo a