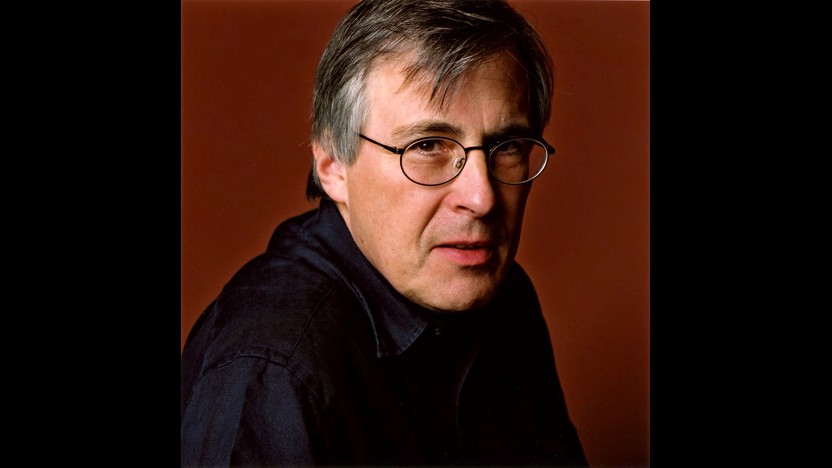 The Petite symphonie concertante is the work that established Frank Martin’s international reputation, and remains his most widely known composition. Its unusual scoring reflects a creative strategy that Martin utilized frequently: A composer for whom the task of composition represented arduous labor to the point of anxiety, Martin often began a new work by conceiving of a compositional problem in need of a solution. In the case of the Petite symphonie concertante, the specific challenge Martin set for himself was to integrate all of the common orchestral string instruments—bowed string instruments, divided into two string orchestras, and the solo group of harp, harpsichord, and piano—and overcome the inherent problems of balance and conflicting sonorities. The resulting work illustrates, despite Martin’s fraught approach to his craft, his sure-handed craftsmanship.

Considering its deliberate sonic constraints, the Petite symphonie concertante contains a remarkable spectrum of timbres and effects. Martin turns the sonic disparity of the solo instruments—the harpsichord’s steely tone and invariable volume, the harp’s quiet warmth, and the piano’s massive range of color—from a liability into the basis of the score’s tight construction. Their dynamic contrast becomes the point of departure for the overall shape of the work; the soloists color and extend each other’s sinewy melodic lines in inventive ways, especially in the opening Adagio section of the second movement. The string orchestras surround the soloists with softly sustained lines in some places, amplify the plucked instruments (harp and harpsichord) with pizzicati in others.

The Petite symphonie concertante’s language and sonic profile are broadly Neoclassical, with a strong nod as well to Baroque form (an inevitable byproduct, perhaps, of the harpsichord’s prominence, as well as of Martin’s reverence for Bach), but likewise demonstrates Martin’s personal approach to the twelve-note technique, which audibly diverges from the methods developed by the Second Viennese School. A twelve-note row is presented at the work’s outset, but is never transformed (as it would be in Schoenberg) by means of inversion, retrograde, or octave transposition; rather, this material serves as the work’s thematic foundation, undergoing a more traditional, organic process of motivic development. The result is a remarkably cogent work, evocative of the sinfonie concertanti of previous eras in its external trappings while proffering a startlingly modern perspective in its essential character.

Following the completion of his Sixth Symphony in October 1880, Dvořák set to work on a new collection for four-hand piano, a medium in which he had previously scored an important success. Some years earlier, he had come to the attention of Johannes Brahms, who served on the panel of judges awarding Dvořák the Austrian State Stipendium. Brahms was especially taken by the distinct Czech elements of Dvořák’s music, and took up the young composer’s cause, writing to his publisher Fritz Simrock: “As for the state stipendium… I have enjoyed works sent in by Antonín Dvořák of Prague. This year he has sent works… that seem to me very pretty… Play them through and you will like them as much as I do. Dvořák has written all manner of things: operas (Czech), symphonies, quartets, piano pieces. In any case, he is a very talented man. Moreover, he is poor! I ask you to think about it.” With Brahms’s endorsement, Simrock took Dvořák on, commissioning the Czech composer’s Opus 46 Slavonic Dances for four-hand piano in 1878. The Dances’ popularity, in both their original version and subsequent orchestrations, played a large part in launching Dvořák’s international career.

Like the Slavonic Dances, Dvořák’s Legendy (Legends) for piano, four hands, demonstrates the composer’s innate melodic gift, heavily inflected with the Bohemian folk character that marks the most cherished of his works. Also as with the Slavonic Dances, Dvořák later orchestrated the new cycle, further revealing his mastery in the art of instrumental color. Witness the noble lyricism of the opening Allegretto’s second theme, voiced by horn and oboe soloists; or the enchanting fairy-tale quality of No. 6 (Allegro con moto), conjured by strings and harp, gently highlighted by oboes and clarinets. Hear how the triangle, small but mighty, completes the irresistible Slavic charm of No. 3, a rousing folk dance.

Add to the elements of melody and color the music’s expertly wrought character, suggestive of epic folklore—appropriate indeed to Dvořák’s designation of the cycle as “legends,” though they bear no explicit program; their dramatic import is left to the listener’s imagination. One particularly supportive listener found Legendy as captivating as others of Dvořák’s early triumphs. “Please give Dvořák my greetings,” Brahms wrote to Simrock, “and tell him how much his Legends have given me lasting pleasure. They are a fascinating work, and the man’s fresh, exuberant, rich powers of invention are enviable.”

From Robert Schumann, one of the quintessential figures of music’s Romantic era, we have a Piano Concerto proudly bearing all the hallmarks of Romanticism. It is explosively virtuosic. As he did much of his piano music, Schumann intended the Piano Concerto for his wife and muse, Clara Schumann, perhaps the most brilliant keyboard virtuoso of her generation; this concerto’s demands testify to her ability. But what’s more, it is a work rife with searing expressivity, discernible, as with much of Schumann’s music, as a dialogue between the composer’s alter egos: Florestan, the masculine (in 18th-century parlance) and extroverted; and Eusebius, the feminine voice of tenderness and pathos. Contained within the concerto’s pyrotechnic vigor, then, is a deeply human statement, as dramatically compelling as it is thrilling to the ear.

The concerto begins with an emphatic proclamation, the opening volley clearly belonging to Florestan: the full orchestra strikes a forte E, the dominant of the home key of A minor providing a launching pad for an impassioned cascade of chords in the piano. Eusebius answers with a keening melody in the oboe, marked by a memorable descending threenote motif. This exquisite theme reveals Schumann to be, if not quite the equal of Mozart and Schubert, whose fonts of melodic invention seemingly never ran dry, nevertheless one of the nineteenth century’s most gifted melodists when inspiration struck.

The short Intermezzo that serves as the concerto’s second movement is fully given over to Eusebius. The piano and orchestra trade graceful staccato fragments; the flute sits prominently atop featherweight ensemble textures. Even when the music slows to more earnest strains, the luxuriant string lines remain tender and warm. At the Intermezzo’s conclusion, Schumann recalls the consequential three-note motif of the opening movement, which sends the Concerto without pause into its triumphant finale.

Artistic Partner Christian Zacharias once again takes the helm as both conductor and pianist on this program of Romantic and 20th century works. The program opens with Frank Martin’s Petite symphonie concertante, which pays homage to Bach and is one of very few works in the 20th century chamber music repertoire to prominently feature the harpsichord. Dvořák’s Legends follows, and the 2014-15 season comes to a close with Schumann’s passionate Piano Concerto in A Minor with Zacharias as soloist.

Please note: These concerts are currently SOLD OUT.