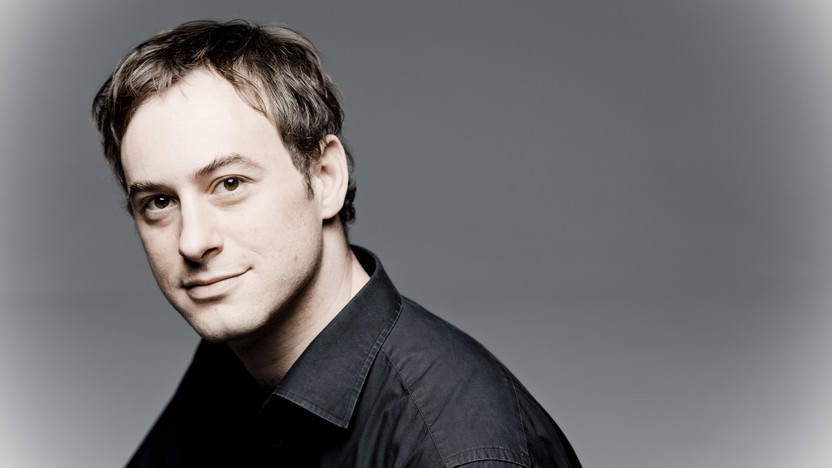 By the 1780s, Joseph Haydn was the most popular composer alive. Bootleg copies of the works he created for the noble Esterházy family had already been circulating for decades, and as of 1779 he signed a new contract that allowed him to sell scores to publishers for his own profit. Haydn enjoyed the new experience of having international patrons and impresarios approach him directly, with high-profile commissions coming from places like Paris and London.

The commission that led to The Seven Last Words of Christ on the Cross points to Haydn’s remarkable reach. In the small port town of Cádiz, on the southwestern tip of Spain, a priest with a newly inherited fortune wanted the finest music possible for use in a private chapel he had created around an underground cave. He contacted Haydn in 1784 or 1785 and asked for a composition that could be used for a special service they held each year during Lent. Haydn later recounted the parameters he had been given:

“The walls, windows, and pillars of the church were hung with black cloth, and only one large lamp hanging from the center of the roof broke the solemn darkness. At midday, the doors were closed and the ceremony began. After a short service the bishop ascended the pulpit, pronounced the first of the seven words (or sentences) and delivered a discourse thereon. This ended, he left the pulpit and fell to his knees before the altar. The interval was filled by music. The bishop then in like manner pronounced the second word, then the third, and so on, the orchestra following on the conclusion of each discourse. My composition was subject to these conditions, and it was no easy task to compose seven adagios lasting ten minutes each, and to succeed one another without fatiguing the listeners; indeed, I found it quite impossible to confine myself to the appointed limits.”

By early 1787, Haydn completed the original version of The Seven Last Words of Christ on the Cross, scored for orchestra. Its performance history in Cádiz is unknown, but regardless Haydn had plans of his own for a work that, according to his biographer, the composer considered “one of his most successful.” Besides publishing the full score, Haydn created his own alternate version for string quartet, plus he authorized a third version transcribed for solo piano. All three editions appeared in print in 1787. After he heard another composer’s unauthorized rewrite involving chorus, Haydn worked with his learned friend Baron Gottfried van Swieten to craft an official oratorio rendition of The Seven Last Words, first heard in 1798.

The string quartet version of The Seven Last Words of Christ on the Cross preserves all the essential features of the orchestral original, including the majestic introduction. Dotted rhythms with their distinctive snap between long and short notes (and the even more pronounced effect of double-dotted rhythms) enhance the grand, imposing feeling of arrival.

Haydn used the label Sonata for each of the seven movements associated with the “words” — the dying utterances attributed to Jesus Christ in the Four Gospels. And although the music was conceived instrumentally, he used the contours of the Latin phrases to shape the main themes, with the corresponding words printed in the first violin part. Sonata I reflects on the words, “Father, forgive them, for they do not know what they do.” Every time the violin plays its initial three-note figure (a long and accented first note, followed by a quick slump down a triad), it suggests the Latin word for father, “Pater.”

Sonata II, a pulsing lament in C minor, addresses the text, “Truly, I say to you, today you will be with me in paradise.” The initial theme takes on a more hopeful character when it returns in a new major key over an accompaniment of crystalline plucks and arpeggios. It is the same kind of formal structure (a monothematic sonata form to be precise) that Haydn used so effectively in his symphonies and string quartets, used here to add emotional inflection to the sacred words.

After three preparatory chords, the tender and vibrant Sonata III introduces the phrase “Woman, behold your son.” The musical treatment always returns to the slurred gesture of two descending notes, corresponding to the first two words, “Mulier” and “ecce” in Latin, both accented on the first syllable. In the orchestral version, when the music moves to a contrasting theme, a flute comments with three more of the two-note gestures, but Haydn left that detail out of the string quartet transcription. It’s significant because there is a corollary phrase in the Gospel — “Ecce mater tua” (“Son, behold your mother”) — that Haydn did not explicitly mark in the music. Where the orchestra version suggests it audibly, the quartet seems to voice it subliminally.

Sonata IV meditates on a question: “My God, my God, why have you forsaken me?” Like a spoken question, the musical line rises at the end of the phrase; as the movement continues, each echo of that small rise functions like a reiteration of the question mark.

The loud unison entrance that introduces Sonata V seems to promise ferocious music, but then a pizzicato accompaniment arrives to usher in the humblest setting imaginable, with the violin reducing the word “Sitio” (“I thirst”) to two kindly notes. A stabbing fortissimo response exposes the underlying tension.

For Sonata VI, the quartet speaks the declarative phrase slowly in a stark unison: “Consummatum est” (“It is finished”). The music elaborates with melodies that turn sweet and almost boisterous, but those slower half-notes from the initial phrase always bring back reminders of finality.

With Sonata VII comes the final word: “Father, into your hands I commend my spirit.” Here the keyword is “Domine,” and each descending segment of three notes is like a call to the Holy Father.

The Gospels tell of an earthquake the moment that Christ died, and so Haydn added a musical Terremoto (Italian for earthquake) as a coda, complete with trembling slurs and lurching swoops to paint the scene in vivid detail. As Haydn explained to his London publisher, his aim in The Seven Last Words of Christ on the Cross had been to express the words through instrumental music, “in such a way that it creates the most profound impression on even the most inexperienced listener.”

Originally commissioned as an orchestral work to accompany Lenten worship services in Cadiz, Spain, this string quartet arrangement of Haydn’s Seven Last Words of Christ serves as a powerful centerpiece for reflection this Easter holiday. The piece is broken into nine movements; the introduction, seven sections labeled “sonatas” for each of the seven words (or sentences) uttered on the cross and a final movement depicting the earthquake following the crucifixion.