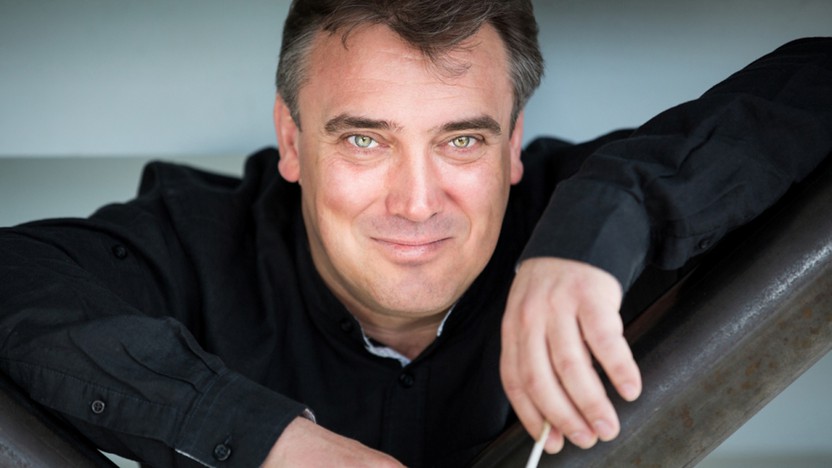 George Perle’s dual pursuits as composer and theorist were inextricably linked, and fostered a singular body of work that ranks among the most valuable contributions to music in the twentieth century. Perle was one of the first composers in this country to take interest in the innovations of Schoenberg, Webern, and Berg. But rather than strictly follow those composers’ twelve-tone method, Perle devised a system of “twelve-note tonality,” which incorporated elements of serialism with the fundamentals of tonal music (i.e., the concept of a composition’s being rooted in a home key). (In more candid moments, Perle suggested half-jokingly that he developed his compositional language based on a misunderstanding of Schoenberg, et al.) His catalogue of solo, chamber, and orchestral music represents an essential part of the twentieth-century American repertoire.

Perle’s compositional sensibility resulted in music that was intellectually stimulating and emotionally immediate in equal measure. The importance to Perle of the visceral human element in complex musical structures is equally evident in his theoretical work: most famously, his groundbreaking analysis of the music of Alban Berg, which included a revelatory decoding of that composer’s Lyric Suite. Confronting one of the most opaque works in the literature, Perle revealed the Lyric Suite to be an encoded love letter to Berg’s mistress, Hanna Fuchs-Robettin, rife with melodic ciphers (e.g., the combination of their initials, H-F-A-B—German notation for B-F-A-B-flat, the work’s germinal cell) and numerological considerations.

George Perle’s Sinfonietta No. 1 was commissioned and premiered by The Saint Paul Chamber Orchestra in 1988, on a program that also featured Mozart’s Piano Concerto in F Major, K. 459: an apt pairing, for, filtered through Perle’s unmistakably modern idiom, the Sinfonietta harkens back to the Classical era. Its three-movement (fast-slow-fast) format, delicate orchestration, and, at times, its harmonic language evoke the music of the eighteenth century. A review in the St. Paul Pioneer Press noted: “The first movement is a work of Mozartean elegance, its spiky harmonies notwithstanding. And the last is filled with gentle humor, not the least in its valedictory reference to the music of the opening movement.” As with many of Mozart’s concerti, the central slow movement here is the Sinfonietta’s emotional centerpiece, featuring a tender dialogue between solo oboe and clarinet.

John Corigliano ranks among his generation’s most acclaimed American composers. His numerous honors include a Guggenheim Fellowship, Grawemeyer Award, the Pulitzer Prize for his Symphony No. 2, two Grammy Awards for Best Contemporary Composition, and an Academy Award for his film score to The Red Violin.

Though establishing his reputation with his earliest works’ conservative idiom (complemented by his oft-professed imperative that modern music remain accessible), Corigliano has cultivated a technique as rigorously progressive as it is inviting. Joshua Bell has praised Corigliano’s language as “unique and unmistakable, yet rooted in the grand traditions of the past. While his music is often harmonically complex and rhythmically challenging, he also dares to write a simple, beautiful melody.”

Corigliano composed Snapshot: Circa 1909 in 2003 for the Elements Quartet.

When the Elements Quartet asked me to write a piece inspired by a photograph, I immediately thought of one I have had since I was a child. It was taken in Greenwich Village in my grandparents’ Sullivan Street apartment, which I have only seen in photos.

The photographer came to do a group shot of my grandparents, whom I never met, and their six children. After taking that picture, the photographer was coaxed into doing a shot of my father and his brother Peter performing on violin and guitar.

The picture has never ceased to move me. My father looked about eight years old, wearing knickers and earnestly bowing his violin, while my uncle, then a teenager, held a guitar in an aristocratic position and stared at the camera.

In the short quartet inspired by the photo, the second violin plays a nostalgic melody, while the other strings pluck their instruments in a guitar-like manner. This solo is obviously the boy violinist singing through his instrument. After the melody is completed, however, the first violin enters, muted, in the very highest register. In my mind, he was playing the dream that my eight-year-old father must have had—of performing roulades and high, virtuosic, musing passages that were still impossible for him to master. This young violinist grew into a great soloist—my father, John Corigliano, concertmaster of the New York Philharmonic for over a quarter century. He, as an adult, performed the concerti and solos that as a child he could only imagine.

The two violinists, boy and dream, join together at the end as the guitar sounds play on.

Haydn’s marvelous Symphony No. 94 derives its nickname, “Surprise,” from its second movement’s famous jack-in-the-box-like theme: a melody as simple as a nursery rhyme, whispered softly by the strings, then more softly still, fading away…before punctuated by a fortissimo orchestra hit. (Haydn predicted, “This will make the ladies jump.”)

The Surprise Symphony’s nickname—assigning, as it does, the entire work’s fame to one gesture—might ultimately represent an injustice, as if to suggest that all of the work’s brilliance is contained in those sixteen measures. On the contrary, a startling freshness permeates the entire Symphony from beginning to end. (That fortissimo chord, absent from Haydn’s first draft, moreover, appears to have been an afterthought.)

A modern approach to orchestration is evident immediately from the first movement’s slow introduction, casting the winds and strings in resplendent dialogue. (Johann Peter Salomon, the concert impresario who commissioned Haydn’s last symphonies, offered orchestral forces far beyond what Haydn had at his disposal in Eszterháza, both in size and virtuosity; the composer’s giddiness is audible.) The subsequent Vivace assai is marked by spirited melodic invention.

Nor is the famed fortissimo even the second movement’s most remarkable feature. Here, Haydn offers a set of variations somewhat unconventional in their conception, for the theme remains intact in each. Rather than melodically re-imagining the theme, Haydn transfigures it by means of harmony, texture, and pulse. The movement’s climax prefigures Beethoven, conjuring majesty from such modest materials, before ending (surprisingly) in a delicate pianissimo. A Menuetto of unusual splendor precedes a finale as winsome as it is diabolically clever, like the beguiling street performer who makes off with your watch.

The Surprise is the second of Haydn’s valedictory set of twelve “London” Symphonies, composed between 1791 and 1795, on commission from the aforementioned Salomon. Hearing of the death of Haydn’s employer, Nicolaus Esterházy, in 1790, Salomon pounced, engaging Haydn—by this time, Europe’s most celebrated musical figure—for his upcoming London season. (“I am Salomon of London and have come to fetch you. Tomorrow we will arrange an accord.”) This, the first of two tours to England for Haydn, was a resounding success. Charles Burney, present at Haydn’s London debut, reports that “the sight of that renowned composer so electrified the audience, as to excite an attention and a pleasure superior to any that had ever, to my knowledge, been caused by instrumental music in England.”

Led by Spanish conductor Jaime Martin in his SPCO debut, this program featured SPCO musicians Kyu-Young Kim and Maiya Papach performing Mozart’s Sinfonia concertante and an SPCO commission from the 1980s by George Perle. John Corigliano’s Snapshot, Circa 1909 was inspired by a family photograph of his father and uncle as children posing with a violin and guitar. In this piece, Corigliano imagines the dreamworld of his father as he aspired to become a world-class violinist. Haydn’s Surprise Symphony closed the program, displaying the prolific composer’s characteristic wit and ebullience.