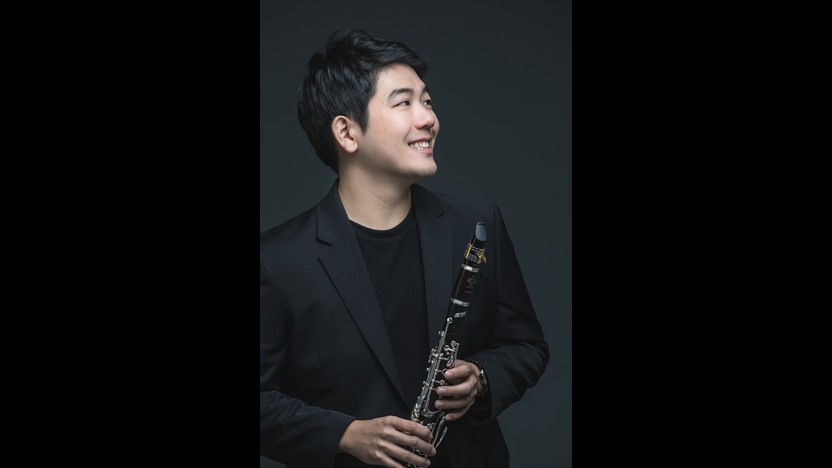 Mozart’s Clarinet Quintet is the fruit of a long friendship — and a love both for the instrument and its player. Clarinetist Anton Stadler was a fellow Freemason, and he seems also to have been an astounding performer. One contemporary wrote of him, “I would not have thought that a clarinet could imitate the human voice so deceptively as you imitate it. Your instrument is so soft, so delicate in tone that no one who has a heart can resist it.” In this quintet, and in his Clarinet Concerto, Mozart offered his friend the richest of gifts: two unsurpassed showcases for his instrument.

This serene piece was Mozart’s contribution to an annual Christmas benefit concert for widows of Viennese musicians. At the premiere, on December 22, 1789, he joined Stadler on stage, playing the viola part. Even though he wrote it in turbulent times — in September 1789, the French Revolution was sending shock waves around Europe, especially in Imperial Vienna — Mozart seems simply to have shut the door on the turbulent world and turned to a place of great calm and beauty.

It would be fascinating to read an interview with composer and soloist, discussing in what ways this piece reflects Stadler’s unique style. The qualities the eyewitness observed — “delicate in tone” and “like the human voice” — could also describe Mozart’s music. Most of his quintets were written for strings alone; only the Quintet for Piano and Winds and this Clarinet Quintet stand apart. In both pieces, the featured instruments are treated as a first among equals. They behave mostly like concerto soloists, but can take a back seat to allow other instruments to flower. As Donald Tovey noted, “[The clarinet] . . . is not intended to blend with the strings, but nowhere gives a more intense pleasure than where it behaves as an inner part exactly like the others.”

Mozart presents the clarinet in many guises. There is something almost comic about the yodeling solo in the second trio of the Menuetto and, bearing in mind Stadler’s “singing quality,” Mozart wrote a beautiful solo aria for him in the Larghetto — music that could easily be sung, rather than played.

With Mozart’s late works featuring the clarinet and inspired by the virtuoso Anton Stadler, Mozart essentially gave birth to the soul of the clarinet. The Quintet for Clarinet and Strings is perhaps the finest example of this. The SPCO’s own virtuoso Principal Clarinetist Sang Yoon Kim steps in to replace Martin Fröst on this monumental work, and SPCO strings will shine on Tchaikovsky’s beloved Souvenir de Florence.