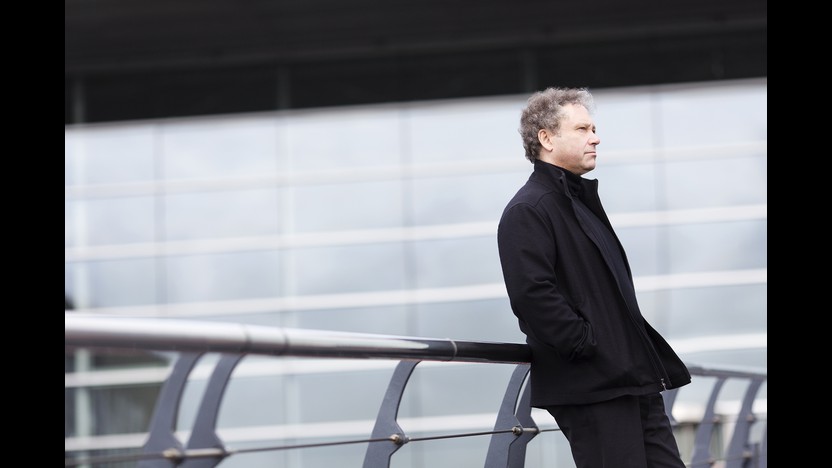 Castello was a composer and woodwind player at Saint Mark’s Basilica in Venice during the first half of the 17th century, a time and place of rapid innovation. In 1621 and 1629, he published books of chamber music titled Sonate concertate in stil modern (Sonatas in a Modern Stile), and the many reprints of those two volumes attest to the impact of his diverse sonatas. The Sonata No. 15 stands out as one of two examples designed specifically for strings, with four string parts supported by a shared basso continuo line. The alternations of slow and fast sections, including passages of brisk counterpoint, show Castello’s fluency in the “modern style” that flowered in the Baroque era.

Georg Muffat was pivotal in spreading French and Italian musical styles into Germany, his adopted home. As a teenager, Muffat trained in Paris, where one of his teachers was Jean-Baptiste Lully. Muffat ventured to Rome in 1681, where he met Corelli. Before he left, Muffat was inspired to compose a collection that he published in 1682 under the title Armonico tributo, culminating in the Sonata No. 5 in G. With markings in the parts for solo and tutti, this sonata could be played as concerto grosso in the style that Corelli developed — a format so new to Northern European musicians that Muffat wrote a preface explaining how it worked. Besides adopting Corelli’s approach to instrumentation, Muffat also paid tribute to French dance suites in the style of Lully, as seen in the opening Allemanda (a French take on German folk dancing). The sonata closes with an expansive and regal Passacaglia, a form built on a repeating ground bass.

Dresden was a mighty capital city in the early eighteenth century. The Dresden court employed an enormous orchestra of some 40 players, and it maintained a world-class music library, including many published scores and unpublished manuscripts by Vivaldi. These were a treasured source for German composers who were eager to adopt the latest Italian trends, especially Bach. Vivaldi met many of the Dresden musicians when the court’s entourage visited Venice in 1716, and he agreed to give violin and composition lessons to Johann Georg Pisendel, the ensemble’s star violinist and director. The prominent violin part that Vivaldi wrote several years later in the Concerto in G Minor made the most of Pisendel’s talents, and the six woodwind parts that rise to the level of soloists demonstrate Vivaldi’s regard for the entire orchestra. The central slow movement exploited the talents of another Dresden virtuoso whom Vivaldi met in 1716, the oboist Christian Richter, supported by a bass line from a solo bassoon.

Antonio Vivaldi composed at least 230 violin concertos, many of them originating at the Ospedale della Pietà in Venice. He taught violin and directed an orchestra for the “orphaned” girls there, who were actually the illegitimate offspring of Venice’s upper crust — which explains why their school was endowed with such excellent music instruction.

In 1725, Vivaldi’s publisher in Amsterdam released a set of twelve violin concertos under the title Il cimento dell’armonia e dell’invenzione (The Contest Between Harmony and Invention). Vivaldi named the first four concertos after the seasons, and he organized the musical ideas to correspond to descriptive sonnets. These interrelated works that we know simply as The Four Seasons live on as the crown jewels within Vivaldi’s incomparable catalog of solo concertos.

The sonnets offered Vivaldi ample opportunities for word painting, as in the “birds in joyous song” in the first movement of Spring, represented by trilling violin motives, countered later by thunder and lightning. The docile slow movement depicts a goatherd napping in a meadow, with the violas assigned the part of his barking dog. The finale introduces nymphs and shepherds dancing to bagpipes, a sound evoked in the droning accompaniments.

Summer brings the “heat of the burning sun,” matched by wilting musical figures. The soloist enters in the style of a cuckoo, with the distinctive two-note call embedded within constant bow-strokes. The arrival of a stiff wind from the north, bringing a squall, sends the movement into an agitated state. The slow movement depicts another nap, this one interrupted by the nuisance of gnats and flies and occasional peals of thunder. The finale unleashes the full force of the summer storm, the lines cascading down like sheets of rain.

Autumn begins with peasants dancing and drinking in celebration of the harvest, until they all settle into an inebriated slumber. The slow movement descends into the soundest sleep yet, with the soloist joining the muted strings in slow-moving phrases, leaving only the harpsichord to decorate the harmonies with ad libitum (improvised) arpeggios. The finale wakes for a hunt, complete with imitations of hunting horns and barking dogs.

Winter paints a scene of desolate cold and chattering teeth. The slow movement moves the scene to a cozy fire inside, while pizzicato raindrops continue to fall outside. Starting with hesitant, slippery steps on the ice, the finale builds to raging gusts of wind.

SPCO violinists Steven Copes and Kyu-Young Kim will be featured as violin soloists for this weekend’s performances of Vivaldi’s Four Seasons, with Artistic Partner Richard Egarr directing from the harpsichord. The spontaneity and creativity of these artists are sure to delight SPCO audiences. Egarr also explores lesser known Baroque works including an early 17th century sonata full of harmonic surprises by Italian composer Dario Castello and a beautiful sonata by German composer Georg Muffat from his Armonico tributo.